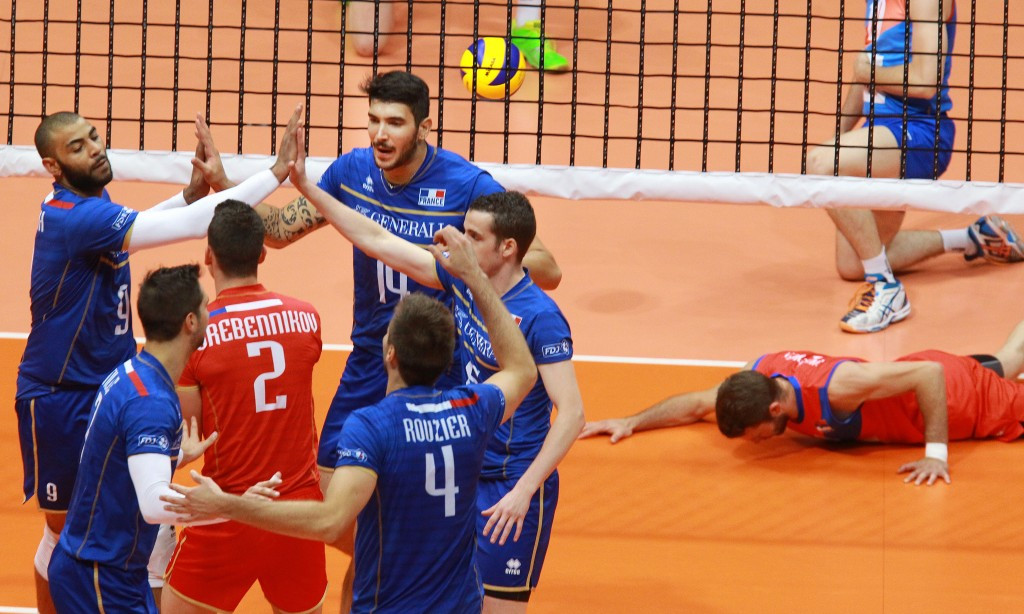 The European Volleyball Confederation (CEV) has released the match schedule for the European Olympic Qualification tournaments, with London 2012 gold medallists Russia set to get the men’s event underway in the German capital Berlin on January 5.

The Russian team will begin against Finland at the state-of-the-art Max-Schmeling-Halle in the only Pool B match on the opening day of competition, with Bulgaria and European champions France due to play their first round robin ties the following day.

Reigning world champions Poland’s clash with Serbia is expected to be the highlight of the first day’s action with the Pool A rivals determined to get off to a winning start as they look to seal a top two finish in the four-team pool, which would see them advance to the semi-finals.

Their match is set to follow the Pool A opener between Belgium and host nation Germany, where the former will aim for revenge after a three set defeat at the play-off stage of the men’s EuroVolley, which took place last mnth in Bulgaria and Italy.

The pool phase of the men's competition is scheduled to draw to a close on January 8, with the semi-finals due to take place the following day before the third place match and final are held on January 10.

The winners of the tournament will secure an all-important berth at next year’s Olympic Games in Rio de Janeiro, while the second and third placed sides will have another chance at booking their ticket to Brazil at the World Olympic qualifier in May and June.

Having finished second at the 2015 FIVB Volleyball World Cup, held in Japan, Italy’s men’s team have already claimed a berth at Rio 2016/

Serbia’s women’s team are also set to feature at the Games having achieved the same result in their respective event.

The women’s European Olympic Qualification tournament is due to be played in the Turkish capital Ankara between January 4 and 9.

European silver medallists The Netherlands will begin the tournament at the Baskent Volleyball Hall with a match against Germany, while their Pool A opponents Croatia and hosts Turkey are set to draw the opening day to a close.

Reigning European champions Russia are also due to be in action on January 4 as they face Poland, but Belgium and Italy will play their first matches on the second day of the tournament.

The semi-finals of the women’s event are scheduled to take place on January 8 with the final taking place the following day.