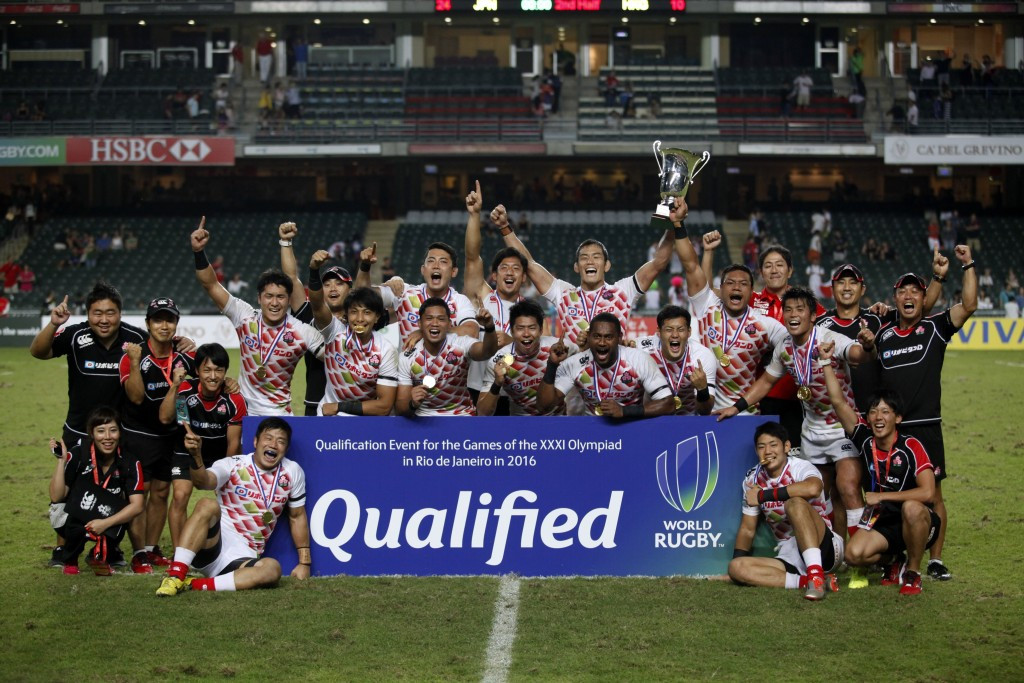 Japan launched a spirited fightback from 10-0 down at half-time to seal their spot at Rio 2016 with a 24-10 victory over hosts Hong Kong at the Asian rugby sevens regional Olympic qualifying event today.

After tries from Alexander McQueen and Max Woodward had given Hong Kong a shock lead, Teruya Goto, Lemeki Lomano, Kazuhiro Goya and Katsuyuki Sakai, who also added two conversions, responded for the Japanese in the second-half to secure their berth at next year’s Olympic Games.

Japan were widely considered to be the favourites to win the competition and lived up to that billing with a hat-trick of wins yesterday, before they continued that reign of dominance by dispatching China 34-0 in their fourth and final group game.

Having topped Pool A, they then went on to cruise to a commanding 43-0 success against Sri Lanka in the semi-final to set up a meeting with Hong Kong, with a Rio 2016 berth on offer for the winners.

The hosts made light work of Malaysia in their last pool contest, emerging with a dominant 52-0 win, and then edged past South Korea, who had been tipped as Japan’s most likely challengers, 19-10 in their last four clash.

Hong Kong surged into insurmountable advantage but were unable to see out victory and will now have to participate in the 16-team repechage tournament along with Sri Lanka and South Korea, where one ticket to the Brazilian city will be on the line.

The three Asian representatives will join other sides from the respective regions who failed to win direct qualification, with a date and venue still to be announced.

“We’ll hurt for a few days and then we’ll realise we have to learn from it,” Hong Kong coach Gareth Baber.

“Obviously when you’re in your home town the emotion is around and you’ve got to temper that a little bit.

“I was really proud of what they did in the first half.”

South Korea finished third after beating Sri Lanka 26-21 and China claimed the plate competition, which also decided fifth and sixth place, thanks to a 38-5 thrashing of Malaysia.

The Japanese will join the likes of Fiji, New Zealand and South Africa, who all qualified through the World Rugby Sevens Series, and fellow continental tournament victors Argentina, United States and France when the sport makes its debut on the Olympic Programme at next year's Games.

Japan moved one step closer to Rio 2016 as they reigned supreme in the women’s event, the first of a two-legged affair, by breezing to a 22-0 win against Kazakhstan in the final.

The victory earned them six points and puts them in a good position to qualify, though they will be wary of the rest of the field after they lost 12-5 to China in the pool stage.

The hosts were third while the Chinese side finished fourth.

The second leg is due to take place on November 28 and 29 in Japanese capital Tokyo.