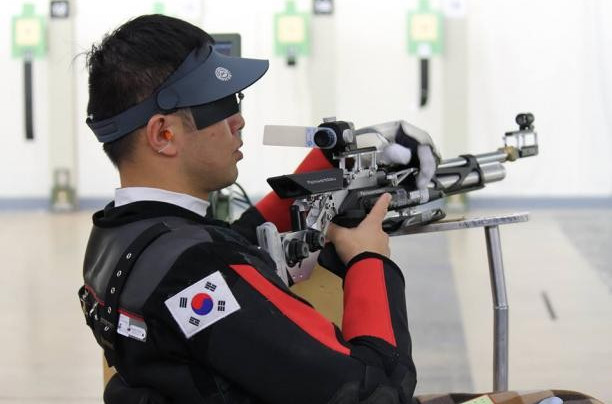 Jang's success also secured South Korea the team gold along with compatriots Chul Park and Seonghee Kim, with the trio finishing on a total of 1,697.

On the rifle range, meanwhile, Wan took a third gold on 446.3 having led throughout the 50m rifle three positions SH1 competition.

There was another Ukrainian silver medal as Iurii Stoiev finished in the runners-up spot on 445.9, while United Arab Emirates’ World Championship silver medallist Abdullah Sultan Alaryani took bronze on 435.4.

She had trailed team-mate Aysel Ozgun for most of the competition, before an 8.0 in the sixth elimination round cost Ozgun, and allowed her compatriot to capitalise for a single point victory.

Hungary’s Krisztina David also shot well before some late mistakes meant she had to settle for third place on 169.5.

Almost 180 athletes from 48 countries are competing, with the event the final opportunity for shooters to secure Rio 2016 quota places.