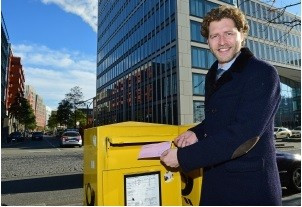 A crucial public referendum into whether Hamburg should stage the 2024 Olympic and Paralympic Games has got underway in the German city after ballot papers were distributed to residents.

Around 1.3 million people in Hamburg and a further 200,000 in nearby Kiel, where sailing events will take place if the city is successful in its bid, are eligible to take part in the vote, with the referendum itself scheduled for November 29.

Support for the bid remains mixed, but German organisers will be boosted by a recent opinion poll indicating how 63 per cent of local residents are in favour of the attempt for what would be the first Olympics to be held in the country since Munich in 1972.

To mark the start of the referendum, a “HH2024” lighting beacon will be erected in the Kleiner Grasbrook area, the proposed site of the Olympic Village, created by lighting artist Michael Batz.

“The dispatch of the ballot papers has ushered in the critical phase of the referendum,” Hamburg 2024 chief executive Nicholas Hill said.

“We are optimistic because we have repeatedly gained the impression that confidence in our application among the populace remains high.

“The Olympic and Paralympic Games offer a fantastic opportunity for the city of Hamburg and for Germany as a whole and in the referendum, the citizens will also be deciding what image of our country we present to the world.

“Their direct participation shows that Hamburg 2024 stands for the highest degree of transparency.

“We are also publishing our contracts in accordance with Hamburg’s Transparency Act, the most up-to-date legislation of its kind in Germany.

“What is more, in cooperation with Transparency International we have drafted a Code of Ethics that we intend to live up to.“

The referendum, the result of which is expected either on November 29 or 30, will allow the Bid Committee to gauge the feeling of residents towards the bid, it is claimed.

It follows a similar referendum held on whether Munich should host the 2022 Winter Olympics and Paralympics, which was voted down by the local population and the city thus chose to withdraw from the race.

The referendum comes two years before the International Olympic Committee is due to elect its chosen host at the 2017 Session in the Peruvian capital Lima.

Hamburg is one of five cities bidding to host the Olympics and Paralympics in 2024 along with fellow European contenders Budapest, Rome and Paris, as well as Los Angeles.

Read David Owen: Alexander Otto and why Hamburg’s community-spirited pre-referendum Olympic campaign might do the Movement a huge favour.