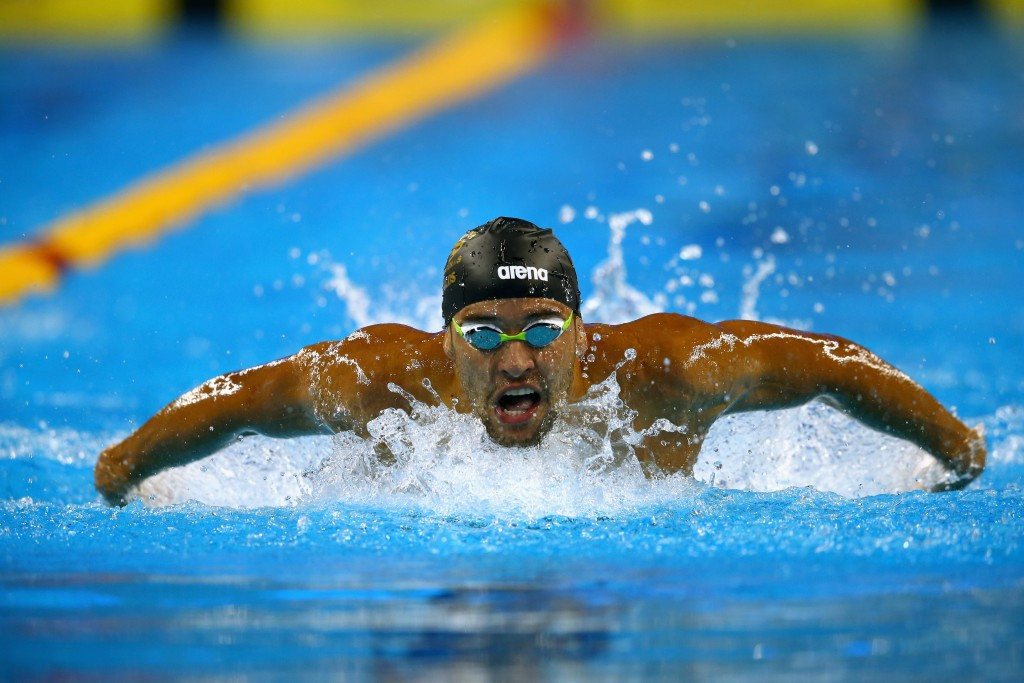 Le Clos’ first victory came in the men’s 100 metres freestyle as he posted a time of 48.96sec to finish ahead of Argentina’s Federico Grabich and France’s Jeremy Stravius, who finished second and third respectively.

He then doubled his tally thanks to success in the men’s 200m butterfly, touching home in 1 min 55.80sec with Denmark’s Viktor Bromer in second and Australia’s Chris Wright taking the bronze medal.

Le Clos concluded an extremely productive evening by securing victory in the men’s 50m butterfly with a time of 23.43, edging out the United States’ Giles Smith and Serbia’s Ivan Lender.

Another multiple winner on the day was Hungary’s Katinka Hosszu, who picked up her first gold by triumphing in the women’s 200m freestyle with a time of 1:56.60.

More success followed for Hosszu in the women’s 200m individual medley, taking the event in a time of 2:10.22, followed by the US’s Caitlin Leverenz and then Japan’s Sakiko Shimizu.

Australia’s Emily Seebohm came out on top in both events, registering times of 27.85 and 2:07.19 respectively, while the US’s Natalie Coughlin took silver in the 50m and Ukraine’s Daryna Zevina finished third in the 200m.

Elsewhere on a day when 16 sets of medals were distributed in all, South Africa’s Cameron van der Burgh continued his domination of the sprint breaststroke events by winning the 50m in a time of 26.96, while compatriot Giulio Zorzi finished second, followed by the US’s Kevin Cordes.

Van der Burgh could only manage a bronze though in the men’s 200m breaststroke as Olympic champion Daniel Gyurta of Hungary won in a time of 2:10.33 ahead of Russia’s Oleg Kostin.

Compatriot Felicia Lee won the women’s 100m butterfly in a time of 58.83, which Hungary’s Zsuzsanna Jakabos came closest to matching, followed by another American Cassidy Bayer.

Mitchell Larkin added to Australia’s gold medal haul by claiming top honours in the men’s 100m backstroke with a time of 52.26, a new Commonwealth and Australian record.

The US’s David Plummer finished second ahead of Japan’s Masaki Kaneko in third.

Guy clocked 3:46.76 to finish ahead of Serbia’s Velimir Stjepanovic and fellow Briton Stephen Milne, while Satamans posted 24.95 to stave off nearest challengers Melanie Wright of Australia and Coughlin.

Boyle touched home in 8:24.76, followed by Britain’s Jaz Carlin and Sarah Kohler of Germany, and in the last final of the day, Verraszto hit the wall in a time of 4:16.17 with the US’s Sean Grieshop in second and Japan’s Keita Sunama in third.