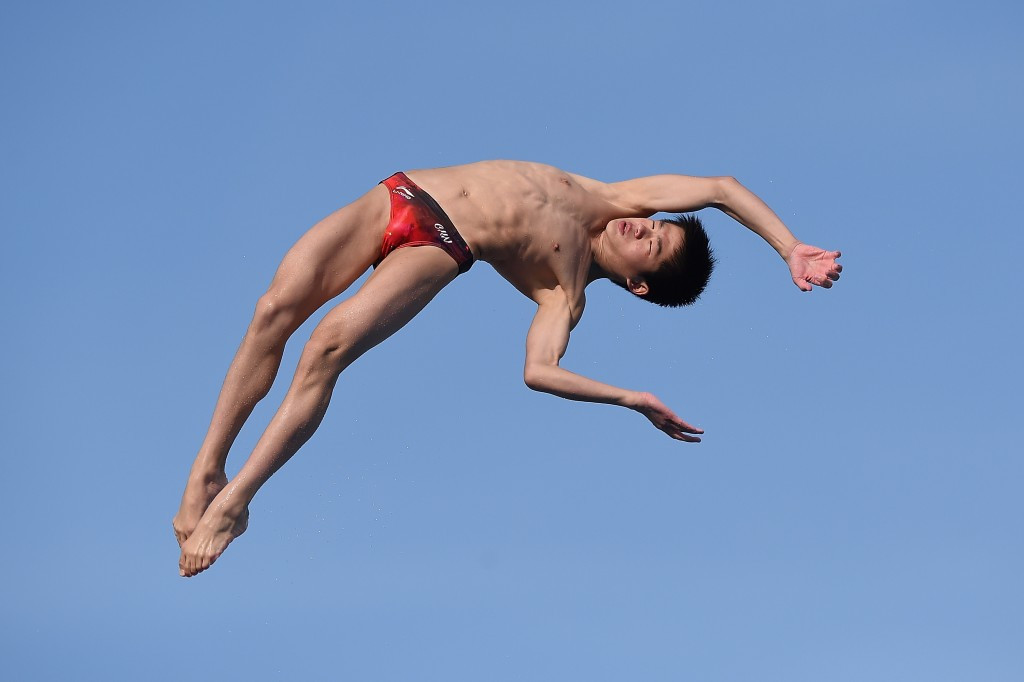 Zigan Huang tasted glory in the men's 10 metre individual platform final while Han Wang followed suit in the women's 3m springboard as the Chinese finished the four day event on top of the medals table with five golds and two silvers.

Huang's victory came thanks to a score of 511.70, which was enough to edge his compatriot Xiaohu Tai, who registered 511.65, into silver.

The bronze medal went to Malaysia's Chew Yiwei with a score of 401.35 at the open-air venue.

Han, meanwhile, scored a total of 339.70 to beat Esther Qin into silver after the home favourite totalled 319.55.

Australia also collected the bronze as Maddison Keeney finished on 302.45.

Three synchro finals were also held with Germany's Sascha Klein and Patrick Hausding triumphing in the men's 10m platform with a score of 430.62.

There was final day success for the home crowd to cheer as Samantha Mills and Qin took 3m springboard synchro gold with a total of 310.80, which was enough to beat Han and Lin Qu of China who took silver with a score of 309.30.

Malaysia took bronze thanks to Nur Dhabitah Sabri and Wendy Ng Van Yee's 292.80 and the country would finish with gold in the 3m mixed springboard.

Ng Van Yee partnered Muhd Syafiq Puteh to victory with a score of 297.00, which beat Mitcham and Qin who registered 287.70 in their home pool.

Bronze went to Indonesian pair Andriyan Andriyan and Sari Ambarwati Suprihatin with a total of 226.95.