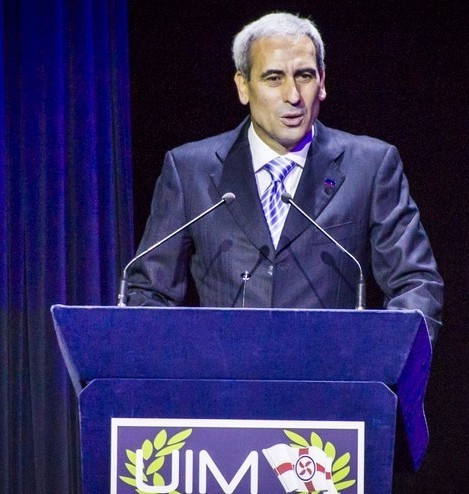 Raffaele Chiulli has been re-elected President of the International Union of Powerboating (UIM).

The Italian has been rewarded at the 88th General Assembly of the UIM "for the development and innovation policies implemented over the last Presidential mandate", according to a statement.

He was first elected UIM chief in 2007, taking over from the United States' Charles D.Strang, and six years later took up the post at the head of ARISF, beating sole rival Carlos Freitag of Spain by 26 votes to seven at the organisation's General Assembly in St Petersburg.

Chiulli replaced Jan Fransoo in the role after the International Korfball Federation President decided to step down following eight years at the ARISF helm.

He also took over Fransoo's seat on the SportAccord Council where he currently serves alongside World Baseball and Softball Confederation President Riccardo Fraccari.

Since 2014, Chiulli has been a member of the IOC Sport for All Commission which plays an important role with regard to discussions on OIympic Agenda 2020.

Powerboating was one of only seven IOC-recognised sports which did not apply for inclusion at the Tokyo 2020 Olympic Games.

The sport featured as an event at the 1908 Games in London, but has not done so at any edition since.