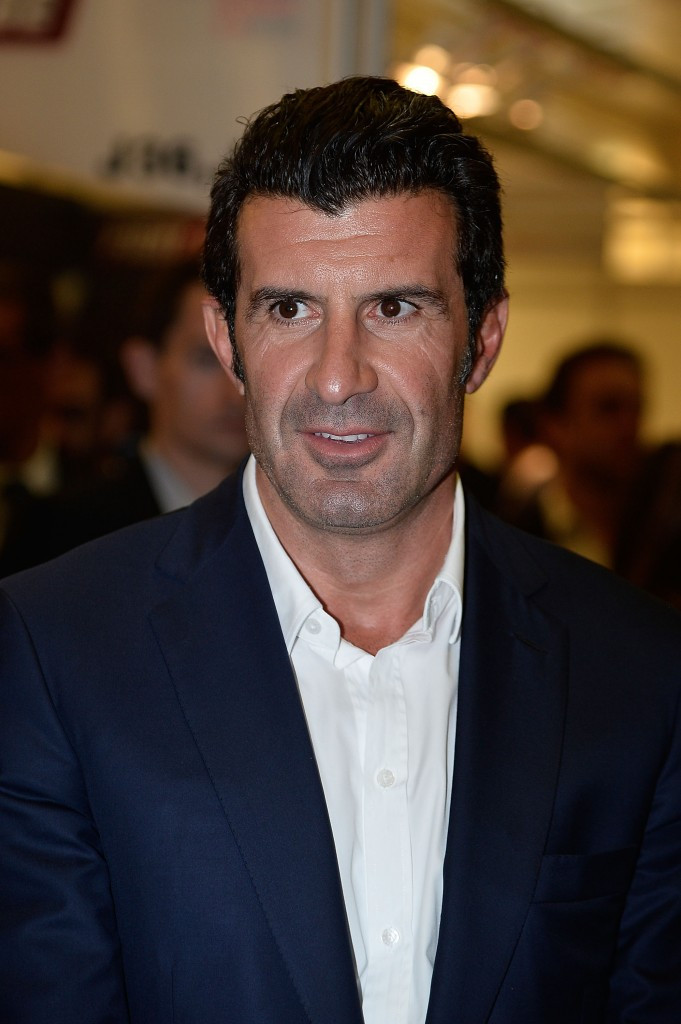 Infantino is one of seven candidates in the running for FIFA Presidency having officially declared he will stand just hours before the final deadline on Monday (October 26).

His candidature followed the collapse of UEFA President Michel Platini’s bid after the Frenchman was suspended for 90 days in the wake of a supposed "disloyal" payment of CHF 2 million (£1.3 million/$2.1 million/€1.8 million) made to him by Blatter, who has also been suspended.

Figo was one of three candidates bidding to unseat Blatter in May’s FIFA Presidential election, but withdrew along with The Netherlands’ Michael van Praag just over a week before the vote at the FIFA Congress in Zurich after claiming on his Facebook page that the ballot is "not a normal electoral act".

Blatter went on to beat his only remaining challenger Prince Ali Bin Al-Hussein of Jordan by 133 votes to 73, but then announced in June he would be stepping down amid the ongoing crisis within FIFA.

But Figo has made it clear that he would like to see Infantino fill the position when FIFA holds its Extraordinary Elective Congress in Zurich on February 26.

"Gianni Infantino knows football inside out and his experience, competence, hard work and honesty make him the best candidate for the FIFA presidency," said Figo, a former world footballer of the year.

"He brings a new style and approach to a process that needs transparency and debate of ideas instead of mere political moves and personal attacks.

"I’ve known him for some years and we had the opportunity to exchange a lot of thoughts when I was a candidate myself.

"We share the same vision and have several projects and ideas in common."

The Portuguese added: "Gianni represents a new generation of football officials who want to change FIFA into an organisation that places football above everything else.

"He has a track record of dealing with the big challenges but also caring for the smaller associations’ difficulties and projects.

"I fully support him in this race and I humbly ask all of those who will vote on February 26 to back Gianni Infantino.

"He won’t let football down."

The ANOC chief, considered one of the key powerbrokers in sport, also offered his backing to Platini, despite the ongoing controversy surrounding his candidacy.

Sheikh Ahmad’s support followed Blatter launching a stinging attack on Platini, accusing him of being motivated by "envy and jealousy".

The Swiss, whose tumultuous tenure in charge of world football’s governing body is nearing its end, blamed Platini for the problems which have rocked FIFA this year.

Blatter had claimed an agreement to award the 2018 World Cup to Russia had been made prior to the vote taking place and that the United States were going to be awarded the 2022 tournament before Platini switched sides to Qatar.