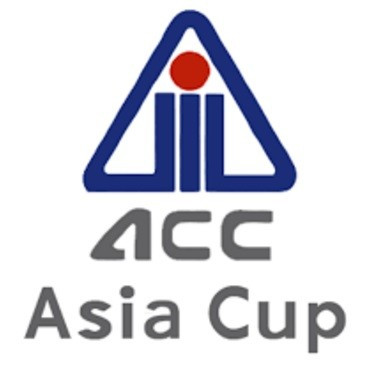 Bangladesh will host cricket's Asia Cup for the third year in a row in 2016, it has been announced, with the tournament due to be played in the Twenty20 format for the first time.

The biennial competition, featuring the hosts, India, Pakistan, defending champions Sri Lanka and an Associate nation, usually comprises a 50-over event but this edition will see a switch to the Twenty20 format with the International Cricket Council (ICC) World Twenty20 in India due to begin five days after the final.

Afghanistan, Oman, Hong Kong and the United Arab Emirates will compete in a qualifying tournament in November with the winners awarded a place in the Asia Cup, scheduled to run from February 24 to March 6, alongside the other four countries.

Bangladesh was awarded next year’s event at a meeting in Singapore having staged the competition in 2012 and 2014.

"Pakistan raised the point that Bangladesh should host next year's Asia Cup and everyone agreed," Bangladesh Cricket Board President Nazmul Hassan said.

"Four Test nations will get direct entry while one Associate nation will come through the qualifying tournament.

"We also discussed whether there can be more cricket at the under-19 level between the Asian countries."

Changing the traditional 50-over tournament to a Twenty20 competition comes after Asian Cricket Council's President Syed Ashraful Haq had vowed to revamp the event, with the organisation said to have considered using the shorter format of the game in alternate years.

The alteration to the 2016 competition will give teams the ideal preparation for the World Twenty20, which is held every two years and was last staged by Bangladesh, with Sri Lanka beating India in the final in capital city Dhaka.

Awarding next year’s Asia Cup to Bangladesh comes despite recent security concerns in the region, which forced Australia’s Test side to withdraw from their tour of the country.

They were due to play matches in Dhaka and Chittagong but pulled out after Italian aid worker Cesare Tavella was shot dead in Dhaka, with militant group Islamic State claiming they initiated the attack.

The Asia Cup was first staged in 1984 and Sri Lanka and India, two cricketing powerhouses on the continent, have both won the tournament on five occasions.

The announcement also follows increased calls for cricket to become an Olympic sport in recent weeks, an idea which has previously been resisted by the ICC on the grounds that it might dilute the impact of existing competitions such as the World Cup and World Twenty20.

Next month, though, it will meet with the International Olympic Committee to discuss cricket’s possible return to the Games following its last involvement in 1900.

Cricket was one of just seven out of 33 eligible sports not to apply for Olympic inclusion as an additional sport at Tokyo 2020.