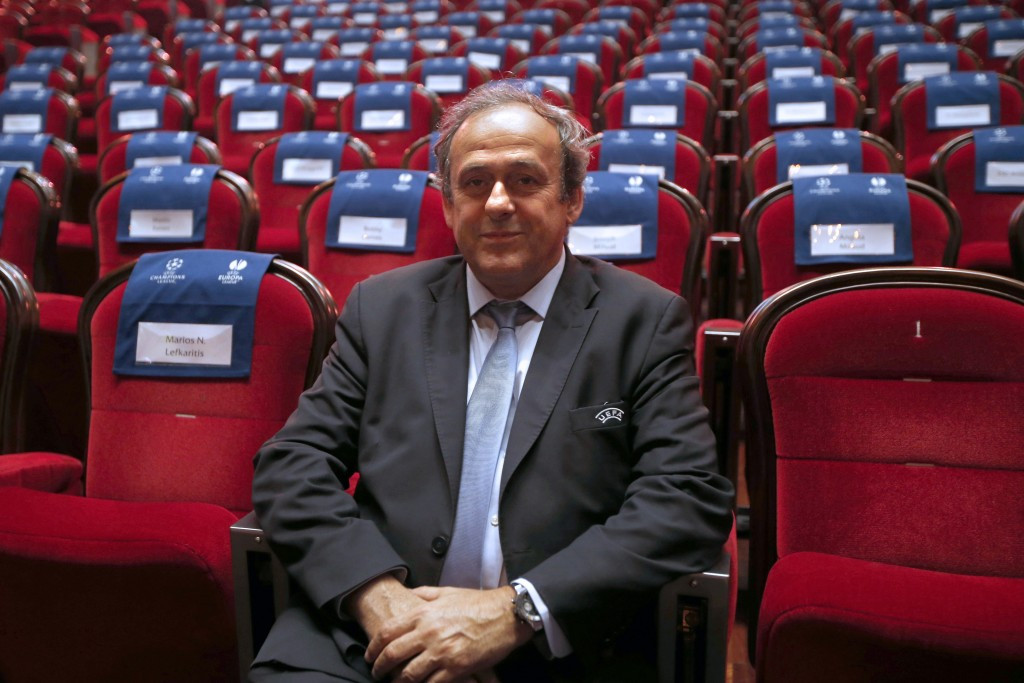 Banned UEFA President Michel Platini has claimed he is still the best man to replace Sepp Blatter as President of world football’s governing body FIFA, and pledged he will “go to the very end of all the sporting and legal processes" to defend himself.

The Frenchman, at the centre of a furore concerning a “disloyal” payment allegedly made to him by Blatter of CHF 2 million (£1.3 million/$2.1 million/€1.8 million) for consultancy work he carried out, has accused FIFA’s Ethics Committee of not properly investigating the allegations against him.

Both men were suspended by the Committee for 90 days this month but deny wrongdoing.

Platini is one of seven candidates confirmed as in the race to take over from Blatter when FIFA holds its Extraordinary Elective Congress in Zurich on February 26 and insisted he still “fully considers” himself as a candidate.

“I am, in all humility, the most able to run world football,” the 60-year-old told the Daily Telegraph.

“Even if I cannot go out campaigning, I fully consider myself a candidate.

“Today, I have the sense of being a knight from the Middle Ages, in front of a castle.

“I am trying to get in to bring football back, but instead I’m having boiling oil poured on my head.”

Platini, widely considered as the favourite to succeed Blatter before being suspended, continues to feel he is the subject of an orchestrated campaign to keep him away from the FIFA hot-seat.

He does not, however, believe in the conspiracy theories which suggest the Swiss deliberately made the payment so soon before this year’s Presidential election to bribe him to get UEFA to back his eventually successful attempt at re-election, insisting such allegations “are not based on anything”.

The work Platini supposedly carried out was during 1998 and 2002 but he was not paid until 2011, prompting questioning on the nine-year gap.

“As far as I’m concerned, there is manifestly a disproportion between the facts that I am accused of and the extent of the provisional suspension I have been hit with,” said Platini.

“This suspension prevents me from campaigning and fighting on an equal footing.

“It clouds what is really at stake in this election for the future of world football.

“I don’t want to believe in conspiracy theories.

“Yes, I have waited a long time to reclaim what I was owed - but the only mistake is that I let several years go by.

"My approach has been totally transparent.

“I had faith in the word of the FIFA president and I knew he would pay me one day.

“I was lucky enough not to need the money, but just because I don’t need the money doesn’t mean I shouldn’t be paid for my work.”

The ANOC chief, considered one of the key powerbrokers in sport, also offered his backing to Platini, despite the ongoing controversy surrounding his candidacy.

Sheikh Ahmad’s support followed Blatter launching a stinging attack on Platini, accusing him of being motivated by "envy and jealousy".

The Swiss, whose tumultuous tenure in charge of world football’s governing body  is due to come to an end in February, blamed Platini  for the problems which have rocked FIFA this year.

Blatter had claimed an agreement to award the 2018 World Cup to Russia had been made prior to the vote taking place and that the United States were going to be awarded the 2022 tournament before Platini switched sides to Qatar.