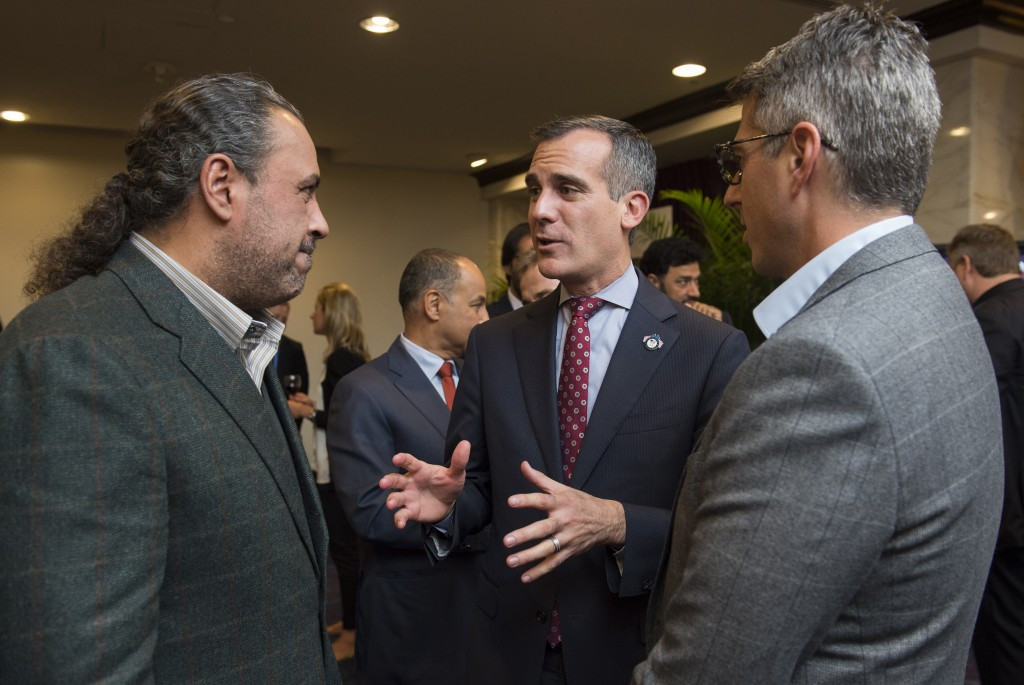 The success of Los Angeles 1984 and its long-term legacy have been highlighted by several International Olympic Committee (IOC) members speaking to officials involved in the bid for the 2024 Games, claims the city's Mayor Eric Garcetti.

Garcetti, who arrived here last night to lead a delegation also including bid leader Casey Wasserman, emphasised how the latest campaign will seek to embrace similar themes which contributed to the success of the last Games in the Californian city, although it will not seek to replicate it in every way,

"It's funny how many of the IOC members competed or were there," he told insidethegames here on the eve of the Association of National Olympic Committees (ANOC) General Assembly, due to take place tomorrow and Friday (October 30).

"They are very proud of the LA experience and have extremely strong memories; it was important for the Olympic Movement.

"They have had the same experiences and memories as the people of LA have."

Memories of Los Angeles 1984 was cited as a reason for the high approval ratings of over 80 per cent, with Garcetti believing that event conjurs only positive impressions.

"In LA you say Olympics, and people say, that was the best experience of my life," he said.

"People from LA embrace the Olympics."

This appears in stark contrast to the reaction in Boston, the initial choice put forward by the United States Olympic Committee (USOC) before it withdrew in August.

Garcetti claimed no IOC members have asked him about Boston's withdrawal.

He emphasized how the effort is a Californian as well as an American bid, based around the local entrepreneurial identity of the region as well as other iconic associations such as Hollywood.

Los Angeles is one of five cities bidding for the Games, along with four European rivals in Budapest, Hamburg, Paris and Rome.

This week's meeting is billed as the first major opportunity for cities to meet members of the IOC ahead of a workshop to be attended by all the bidders in Lausanne next month.

The host city is due to be chosen by the IOC at its Session in Lima in 2017.