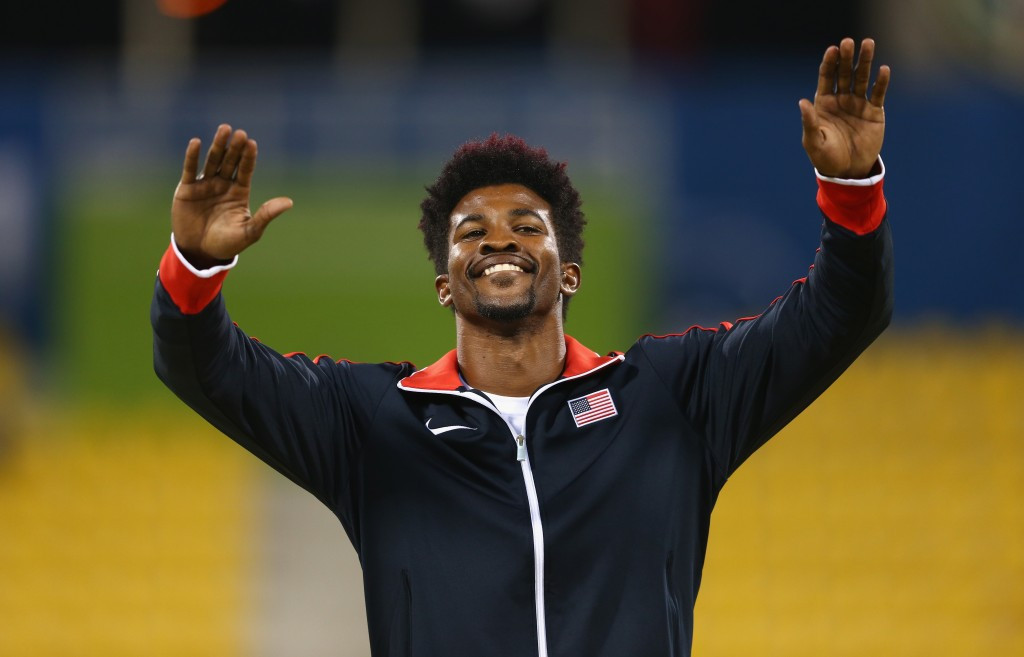 The 24-year-old American clocked 21.27 sec to shave 0.35 off the previous global best and claim his maiden world title in Qatar's capital.

“I ran 21.2, not as fast I wanted to go but hey I can’t complain about that,” said Browne, who will now aim to double up by claiming the 100m crown as well.

“I really wanted to see 21.0 come across the clock but I tightened up.

"I should have just relaxed and trusted my form and gone on to the line.

"But you know, rookie mistake.

"I’ve been hearing it for a long time that I don’t have that gold medal, so one down two to go, it definitely feels good.”

Brazil’s Alan Oliveira came through for silver in a season’s best of 22.04 with Browne’s compatriot Hunter Woodhall clinching bronze in 22.09.

It was a day which saw several more world records tumble in the Suhaim Bin Hamad Stadium, starting when Latvia's Aigars Apinas claimed a massive victory in the F52 discus with an effort of 21.44m.

Another world record fell in the women's T12 200m final as Cuban Omara Durand clocked 23.03 to beat Ukraine's Oxana Boturchuk, who ran 23.98, into silver and Elena Chebanu of Azerbaijan, who registered 24.54, into bronze.

Durand also broke the world record in qualifying yesterday, when she ran 23.38, again beating a mark set by herself which came at the Toronto Parapan American Games in August.

In the women's T37 400m, 26-year-old cerebral palsy runner Georgina Hermitage broke her own world record to claim gold in a time of 1:02:01.

The British runner, who had already won 100m silver in Doha, finished in front of silver medallist Mandy François-Elie of France, who clocked 1:05:55, with the bronze going to Russian Evgeniya Trushnikova, a T37 200m Paralympic champion at Athens 2004, in 1:07.16.

Hermitage had set the previous world record herself, running 1:02:48 in London in July.

Russian Margarita Goncharova was to join the world record party too as she beat Chinese athlete Chen Junfei's mark of 1:02:53 to clinch gold in the women's T38 400m.

The bronze went to Australian Torita Isaac in 1:06:06.

Bronze went to American Natalie Bieule, who was well back but still set a new continental record of 29.61.

In the men's T38 long jump final, China's Jianwen Hu broke his own world record of 6.79m, set in Beijing in April, with an effort of 7.13m for gold.

This was much further than South African silver medallist Dyan Buis' 6.30, with bronze going to Andrei Poroshin of Russia who jumped 6.12.