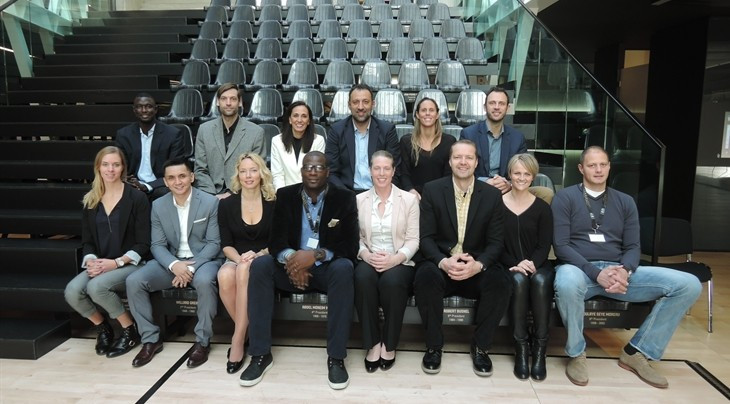 The International Basketball Federation’s (FIBA) new competition system was one of the key topics discussed at the first-ever meeting of the FIBA Players’ Commission in Mies, Switzerland.

All members of the 13-strong Commission, which was formed in 2014, were in attendance at the House of Basketball, FIBA’s headquarters, where “productive” conversations were said to have taken place.

The modified calendar, due to come into effect in 2017, includes a revamped qualification process for the 2019 FIBA Basketball World Cup, recently awarded to China, and will have a direct effect on how teams can secure places at the Olympic Games in Tokyo the following year.

Other issues such as the release of players from 2017 onwards and the insurance of players when they compete abroad for their respective countries were also raised during the Commission meeting.

The FIBA Players’ Commission, chaired by Vlade Divac, part of the Serbian team who won Olympic silver at Seoul 1988 and who is currently the general manager of NBA side the Sacramento Kings, features players past and present.

Basketball’s world governing body hope the panel can continue to improve the governance of the sport and it is tasked with proposing a host of measures affecting players to FIBA’s Central Board.

“It's a great thing that the players can get involved with FIBA and have a voice in the future,” Divac said.

“I think it's very important that they should be a part of this.

“I was very glad that I had the opportunity to bring these players together.

"One of the biggest points is that FIBA is going to implement the insurance for players when they play for their national teams.

“That's a very important aspect of the security of the players and that's something we didn't have regularly before.

“Now every player is going to be secure when playing for the national team.

"The members of the Commission are going to spread out and talk to the players, get all their ideas which we can discuss and then present to the Central Board who will make decisions.

“It's a great opportunity to move forward with ideas that players have."