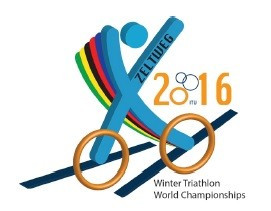 The Austrian town of Zeltweg has been selected as the host of the 2016 Winter Triathlon World Championships, the International Triathlon Union (ITU) has announced today.

The competition, which features elite men's and women's, under-23s, junior and Para-triathlon events, will be held from February 12 to 14 and marks the second time it has been held by Austria after Gaishorn hosted the 2009 edition.

The format involves running and mountain biking on snow as well as a cross-country skiing section.

“With the Austrian National Federation serving as the Local Organising Committee, I have no doubt this will be one of the best Winter Triathlon World Championships we’ve had yet.”

The proposed courses at next year’s World Championships involves a three-lap 7.2 kilometres run, three-lap 12km bike section and a three-lap 9.6km ski run for the elite, under-23 and age group competitors.

Junior and Para-triathletes will compete over the same courses but the distances will be reduced.

Athletes in the mixed team relays will be put to the test over a 0.8km run, a 3km mountain bike section and 1.6km on the skis.

Austria has a rich tradition of staging major triathlon events having hosted the European Triathlon Union Championships last year and the city of Kitzbuhel will return to the ITU calendar in 2016 as a World Cup event.

The competition in the Austrian town follows the Winter Triathlon European Championships, scheduled to take place in Otepää, Estonia on January 13.

Cogne, Italy has staged the two previous editions of the two Winter Triathlon World Championships in 2013 and 2014.