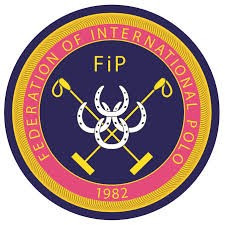 The Federation of International Polo (FIP) remains committed to getting the sport back in the Olympic Games, despite failing in its application to be included on the Tokyo 2020 programme.

Polo's world governing body was one of 26 International Olympic Committee (IOC)-recognised Federations to propose events to be considered for inclusion at the 2020 Games, but missed out on the eight-strong shortlist announced in June.

The FIP’s intention was to start the process of securing a possible return to the Olympics for polo, which made its fifth and most recent appearance way back in 1936.

If the sport was ever to feature at the Games, the FIP has confirmed that the sport’s best players would be sent to compete.

"We believe it was important to show our commitment to getting polo back in the Olympics and applying as an additional sport was a way of doing so," FIP chief executive Alejandro Taylor told The Telegraph.

"Our application says that the best athletes will participate, therefore this means that participating nations will be invited to send their best team."

With the possibility of the sport’s best players not competing and handicap limits being put in place to make the competition more evenly balanced, there had been minimal understanding among the sport’s family as to how polo would be portrayed at a major event.

FIP President Nicholas Colquhoun-Denvers believes one option could be to introduce an age cap.

"An alternative would be to propose an age level that all players had to be 25 or under, which could ensure that there was a more level playing field," he said.

Polo featured at last year’s International Equestrian Federation (FEI) World Equestrian Games in Normandy, which the FIP saw as being "an important step towards the inclusion of polo in the Olympics".

It is expected to do so again at the 2018 edition in Bromont, Canada.

"Although it is one of FIP’s stated ideals to return the sport to the Modern Olympics it will not be an easy task as the IOC is much more commercially minded these days and there are less and less equestrian sports being included," added Colquhoun-Denvers.

"This combined with the infrastructure costs and the unfortunate elitist image that polo fights so hard against, means that it is much more likely that we will end up as a demonstration sport whenever the Olympics or World Equestrian Games are being held in regions where the infrastructure is already available as we did recently in Deauville."

Of the eight sports making the Tokyo 2020 shortlist, baseball and softball, karate, roller sports, sport climbing and surfing have been recommended for inclusion with bowling, squash and wushu missing out.

The IOC is set to make a final decision on how many sports to include at its Session in Rio de Janeiro next August.