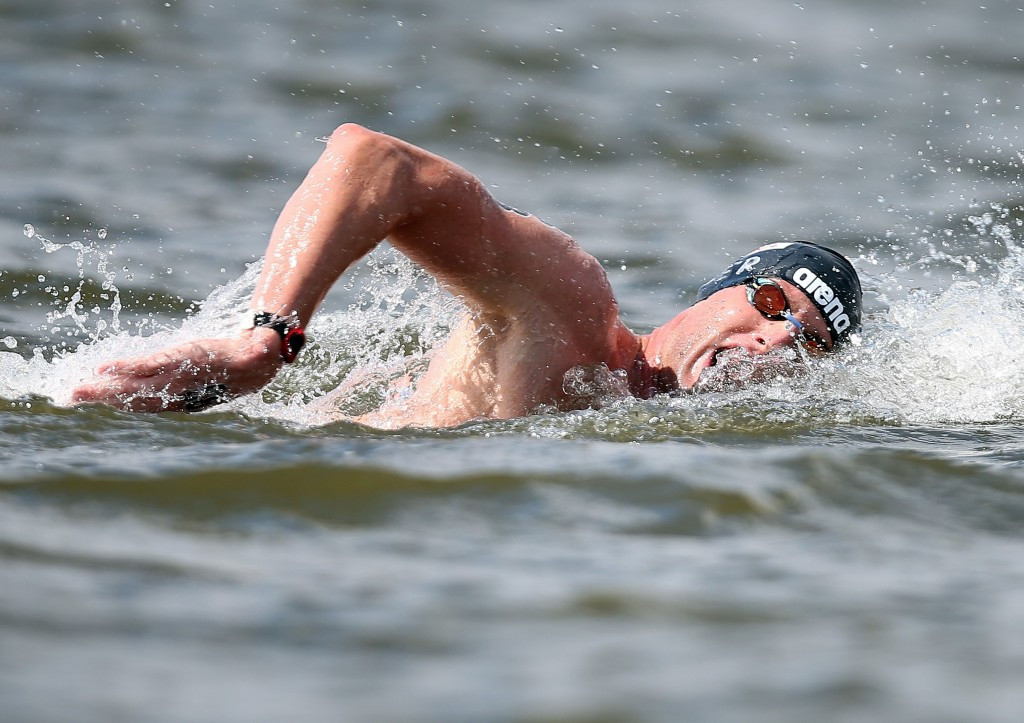 Germany’s Christian Reichert was crowned overall men’s champion in the International Swimming Federation (FINA) Marathon World Cup after triumphing in the final event of the season in Hong Kong today.

Reichert began the day with a seven point advantage over Brazil’s Allan do Carmo, who had closed the gap at the top of the standings by winning the Chun’An World Cup event in China earlier this week.

Reichert was still searching for his victory, despite being the most consistent swimmer throughout the season, but ensured he clinched the overall title in style, winning the 10 kilometres race in Hong Kong in 1 hour 56min 07.40sec.

His Brazilian rival do Carmo touched home in second in 1:56:07.50 following dramatic sprint finish, narrowly missing out on the overall title.

The result saw Reichert finish the season on 103 points to claim the World Cup title for the first time, having finished as the runner-up on three previous occasions, with do Carmo ending with a total of 94.

Britain’s Jack Burnell finished third in the overall classification, finishing fourth in the final race in 1:56:11.40, having been narrowly beaten by the world champion Jordan Wilimovsky of the United States, who touched home in 1:56:09.30.

Italy’s Rachele Bruni had already been confirmed as the overall women’s World Cup victor due to her superb early season form, having won four races.

Britain’s Keri-Anne Payne claimed the final race win of the season, finishing narrowly ahead of Brazil’s Ana Marcela Cunha, securing her second in the overall standings, in a time of 2:05:25.60.