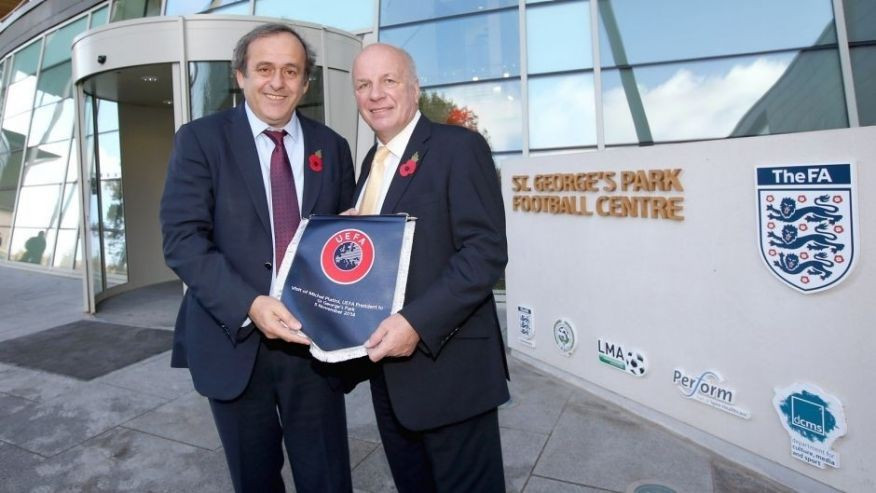 Michel Platini's campaign to become FIFA President continued to crumble today when the English Football Association confirmed they had withdrawn their support after they claimed to have been given new information over allegations about the payment of CHF 2 million (£1.3 million/$2.1 million/€1.8 million) he received from Sepp Blatter.

The FA were among the first Federations to publicly back Platini's bid to succeed Blatter, making their announcement all the more devastating to the former French international.

Platini was suspended, along with Blatter, for 90 days earlier this month by the FIFA Ethics Committee over the "disloyal" payment.

The UEFA President has claimed he is innocent of any wrongdoing and has vowed to clear his name.

The FA now claim, however, they have been given confidential new information which means they can no longer support Platini.

"The FA wishes Mr Platini every success in fighting these charges and clearing his name, and has no interest in taking any action that jeopardises this process," they said in a statement.

"However, notwithstanding the above, at the UEFA meeting on Thursday, the FA learned more information relating to the issues at the centre of this case from Mr Platini's lawyers.

"We have been instructed that the information must be kept confidential and therefore we cannot go into specifics.

"As a result of learning this information, the FA Board has this morning concluded that it must suspend its support for Mr Platini's candidature for the FIFA Presidency until the legal process has been concluded and the position is clear.

"A decision can then be taken on who to support in the Presidential election on 26 February 2016."

Bahrain's Sheikh Salman bin Ebrahim al Khalifa, President of the Asian Football Confederation, is poised to formally enter the race to succeed Blatter in the next few days.

He is expected to earn widespread support from the 54 countries who are members of UEFA.

Sheikh Salman enjoys the support of Sheikh Ahmad Al-Fahad Al-Sabah, the Kuwati President of the Association of National Olympic Committees, who was elected to FIFA's ruling Executive Committee in April.

Blatter, meanwhile, has claimed that the payment to Platini was based on a “gentleman's agreement”.

He said in an interview with Swiss local broadcaster RROTV, released today, that there was no written contract for the payment to Platini.

"It was a contract I had with Platini, a gentleman's agreement and that went through," Blatter said.

The 79-year-old Swiss, also currently appealing against his suspension, revealed he hoped to be cleared in time to return to his role in time for the election to replace him is due to be held in Zurich on February 26.

"If I run away now and let everything fall, then I denigrate myself," Blatter told RROTV.

"That's my goal, that I can lead the Congress.”