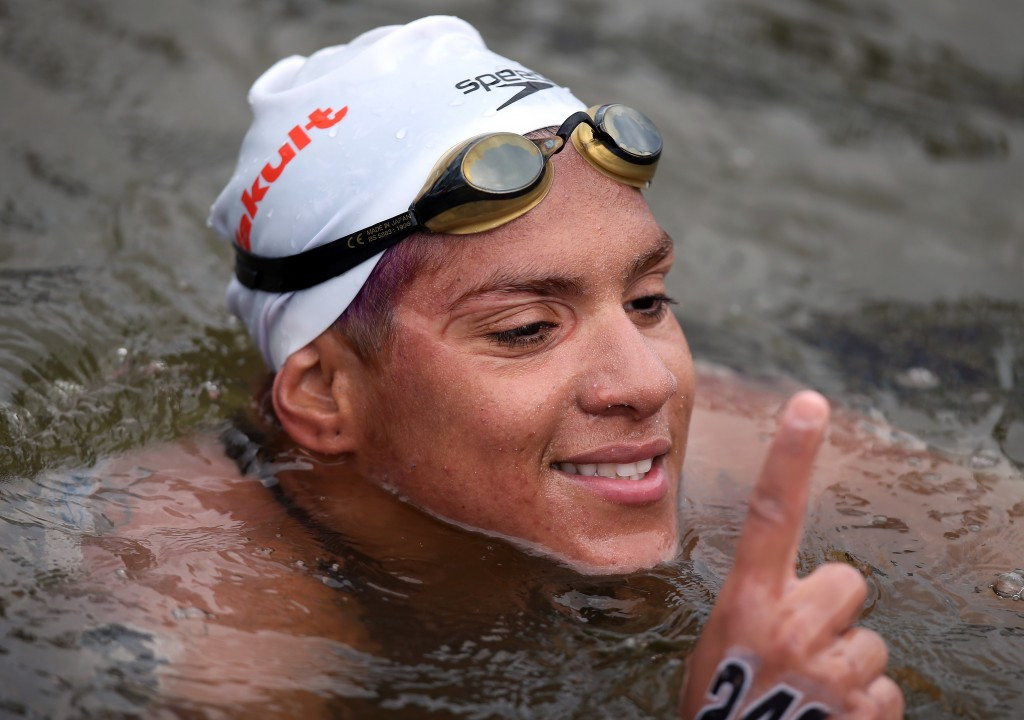 Ana Marcela Cunha, winner of the overall women’s World Cup title in 2014, had only stepped onto the top of the podium once during this year’s season with that triumph coming at Balatonfured, Hungary, in June.

She battled to the front of the 26-woman field in Chun'an as she pursued her second victory of the season, her biggest threat coming from fellow South Americans Samanthan Arevalo of Ecuador and Argentina’s Cecilia Biagioli.

The Brazilian, though, held firm and began to pull away from her rivals in the closing stages of the 10 kilometrse race to finish in a time of 2 hours 03min 36sec to secure the win.

Cunha, a bronze medallist at the FINA World Championships in July, eventually finished three seconds clear of both Arevalo and Biagioli, with the later securing the silver medal on the touch.

Italy’s Rachele Bruni was unable to maintain her excellent form this season, which has seen her earn four World Cup wins and the overall title, as she could only clock 2:03:52 for eighth place.

There was double delight, however, for Brazil as Allan do Carmo ended his wait for a World Cup triumph, finishing the men’s race in 1:53:04, having been forced to settle for second at the events in Viedma, Argentina and Lac Megantic, Canada.

On this occasion it was a Canadian who finished runner-up as Richard Weinberger ended four seconds in arrears to Do Carma.

The podium places were completed by Ecuador's Esteban Enderica, who clocked 1:53:09.

Do Carmo’s victory saw him move into second in the overall World Cup standings on 76 points but he still lies seven points behind Christian Reichert, despite the German only finishing fifth in the Chinese leg of the competition.

It means that the Brazilian would need to produce another excellent performance in the final event of the season on Saturday (October 17) in Hong Kong if he is to stand any chance of topping the end-of-season standings.