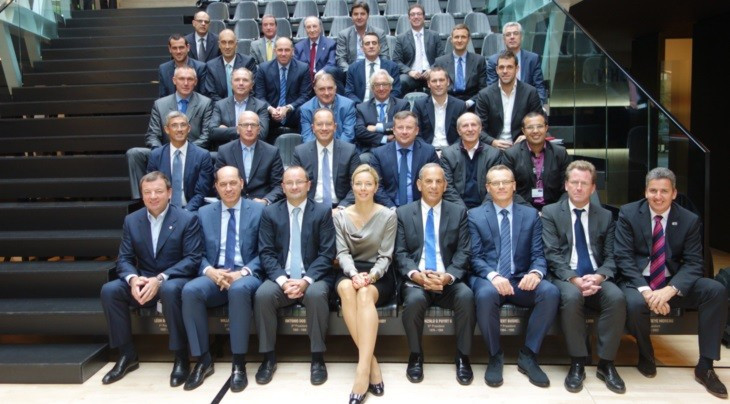 The International Basketball Federation (FIBA), the Union of European Leagues of Basketball (ULEB) and representatives from domestic and regional leagues from across Europe have come to joint agreements on several issues concerning the professional game.

FIBA held a series of meetings with the parties on October 12 and 13 to discuss their vision for the future of the sport, with the governing body's Europe President Turgay Demirel and Secretary General Patrick Baumann presiding over the discussions.

One of the key issues was the re-design of European club competitions, with those present at the meetings able to raise issues regarding competition format and calendars, as well as qualification processes and commercial benefits.

Additionally, the release of players to their respective national teams from 2017 and insurance for players when they report for international duty was also raised at FIBA’s headquarters in the Swiss village of Mies.

Having reformed their governance, as well as including players and the National Basketball Association (NBA) in its Central Board, FIBA also encouraged the European clubs and leagues to strengthen ties with the governing body to continue the development of professional basketball.

Following the completion of the meetings, the parties had agreed on several measures, including a decision to give European club and league representatives dedicated seats as full voting members within the Board of FIBA Europe, in a bid to improve integration.

Furthermore, clubs and the ELEB will also have representatives on FIBA Europe's Advisory Board to the new Europe Cup, while FIBA Europe will be invited to attend ULEB's General Assemblies.

A Professional Basketball Council (PBC) is to be established by FIBA to promote unity among all professional basketball stakeholders, and in consultation with the governing body, ULEB are now set to appoint a permanent representative to act as European national leagues liaison in order to facilitate a much closer cooperation between ULEB, its member leagues and FIBA.

One of their first tasks will be to assess a new regulation which will allocate to clubs a share of the profits made from major national team events, with their players having contributed significantly to the successful staging of various competitions.

As a consequence of these discussions it was also concluded that adequate insurance based on FIBA's new insurance policy will be provided for players when with their national teams, while the leagues' praised the decision to protect players and clubs by reducing the national team preparation period in the lead-up to FIBA Basketball World Cups, Continental Cups and Olympic Games to 28 training days.

The parties also came to the conclusion that leagues must align their competitions to a common sport competition calendar, with top leagues aiming to have the maximum of 16 teams by the 2019 to 2020 season.

ULEB and its members also confirmed their support for the 2016-17 FIBA Europe Cup season.