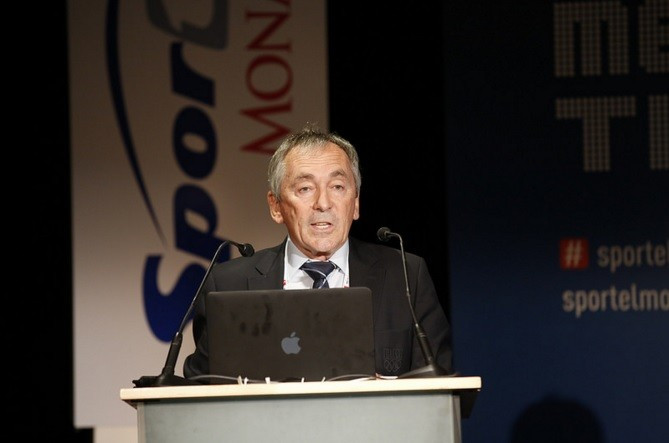 Boules began a campaign to bid for a place on the Olympic Programme here on Monday (October 12), with pétanque, boule Lyonnaise and raffa-volo forming part of their proposal.

The CMSB have also claimed they continue to maintain contact with representatives of lawn bowls and Azéma indicated that they hoped it would also be practised at the 2024 Olympics should they be chosen.

The Bowls Sports League concept, run by private international sports marketing agency firm PULZ and featuring all three disciplines governed by the CMSB as well as lawn bowls, has not been endorsed by boules’ governing body, Azéma confirmed.

He also blasted the company’s executive director and founder Patrick Duvarry as a “nuisance", adding that he feels the League is based on “bad intentions”.

His comments come despite Duvarry insisting that the two organisations “share the same dream” of boules one day being a part of the Olympics and the Frenchman had earlier indicated that his idea had the backing of the CMSB.

A bitter row has developed between the CMSB and PULZ over the establishment of the Bowls Sports League, with Azéma claiming the agency threatened to sue his organisation after he asked that links from the PULZ website to that of the governing body were removed.

This prompted a legal threat from the agency, Azéma insisted, while a case concerning the International Petanque Federation, which he also heads, and PULZ over the Bowls Sports League contract remains ongoing.

"He (Duvarry) does not have the backing of our Confederation,” Azéma said.

“I don't see it as a threat at all if you look at the place of boules in the international sports movement but Duvarry can put trouble in some spirit.

“One never should deny with somebody of bad intentions its power of nuisance, especially if it's supported on financial means and if he understands he cannot reach the aim he has chosen.

“His ignorance of the subject, in particular of the world sport movement and of the operation of the International Federations would be especially a handicap and can only harm our image and our action, even if, fortunately, he is completely unknown in the sporting world and not a lot in France.”

In a strongly-worded riposte to PULZ’s press conference to launch their Bowls Sports League, Azéma believes the company had caused “confusion” around the sports.

The CMSB President was keen to differentiate between boules and bowls, two sports which involve a similar format, adding “for more than 20 years boules events have been produced, filmed, distributed by companies”.

The development provides an early hurdle for boules to clear in their pursuit of a place on the Olympic Programme as it demonstrates the fragmented nature of the sport, which is unlikely to be looked fondly upon by the International Olympic Committee.

The Bowls Sports League are due to make further announcements about their series of events in December, which are set to include Bowls Sports Games, bringing together the best players in the world, and Bowls Sports Cups, which will be organised in the different disciplines.

Each competition under the League’s umbrella will be held in purpose-built arenas across the world.

Organisers hope the new style of competition will help generate interest in the sport within the public and media sectors.

They believe the competitions will be innovative as they will have a different format and will garner higher television interest than the sport of bowls usually attracts.