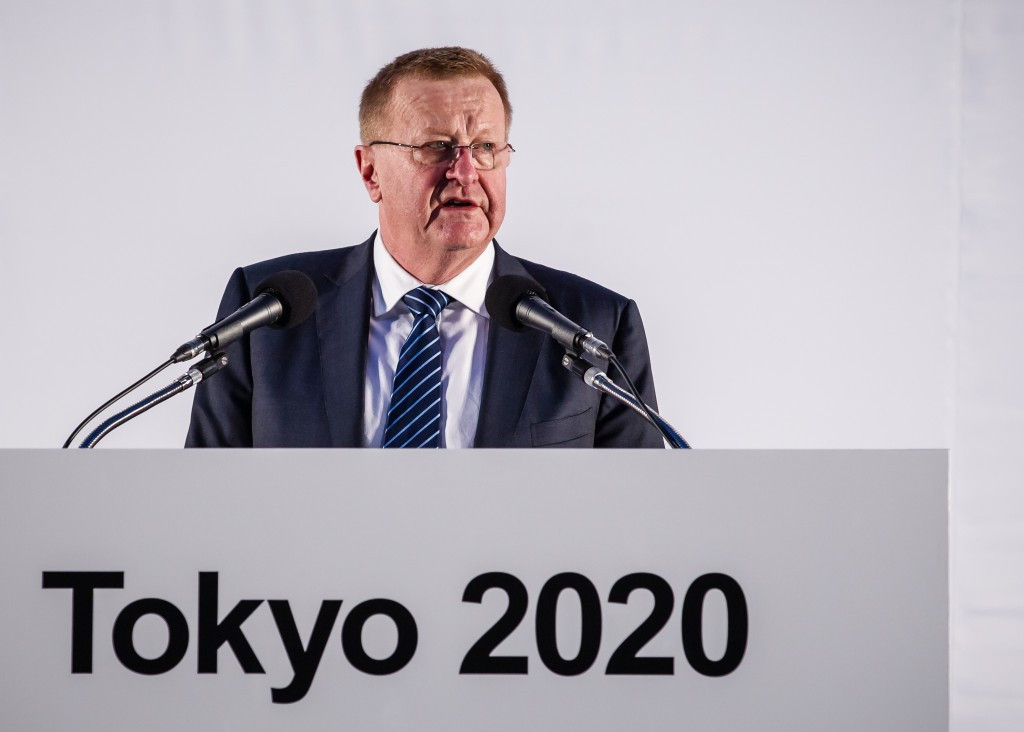 Tokyo 2020 organisers are going from "strength to strength" as the Japanese capital prepares to host the Olympics and Paralympics in just under five years' time, according to International Olympic Committee (IOC) vice-president John Coates.

Coates, also the chairman of the Coordination Commission for the Games, was speaking today after the fourth project review meeting between the IOC and Tokyo officials.

His positive comments come despite organisers having to deal with both the plans for the Olympic stadium and the Tokyo 2020 logo being scrapped.

"It's clear to us that in the two days we've had here that the close relationship between all of the parties for the preparation of your Games is going from strength to strength," said Coates.

"The foundations have been laid and they are very solid.”

The hunt is now underway for a new, cheaper design with a decision expected next month, but fears remain that the stadium will not be ready in time for the Olympics.

A deadline of January 2020 for the completion of the stadium has been set by the IOC, with the scandal already forcing the resignation of Japanese Sports Minister Hakubun Shimomura.

The new design will also not be ready in time for Japan's hosting of the Rugby World Cup in 2019.

"Cooperating with the national government, we will do everything we can so that we will complete construction of a new national stadium by January 2020," said Tokyo Governor Yōichi Masuzoe today.

Coates also said he had been assured that the stadium would be ready in January, which would give the IOC enough time to test the venue before the start of the action in July.

He also said that he was "impressed" with the openness of the process to select a new logo, after the initial emblem was scrapped following plagiarism allegations.

The original design by Kenjiro Sano was contested by Belgian designer Olivier Debie, who said it resembled his logo for Liege Theatre too closely.

The Theatre dropped a lawsuit against the IOC but Debie is pressing ahead with his case, with a new Emblems Selection Committee created by Tokyo 2020 to pick a replacement.

A competition to design the new emblem will be open to everyone in Japan over the age of 18 and will be officially launched later this month.

"We received confirmation of the announcement that was made recently of the process, which we are very impressed with,” said Coates.

“The wide consultation impresses us and we are looking forward to the process as it unfolds.”

Meanwhile, Coates also declared himself pleased with the five sports which Tokyo's Additional Events Panel recommended for inclusion in 2020.

Baseball and softball, karate, skateboarding, sport climbing and surfing have all been put forward but bowling, squash and wushu missed out.

"Our reaction is that it’s a very good, balanced package,” said Coates.

“We have traditional sports and then sports that are innovative, new and will appeal to the youth of the world.

“We have outdoor sports, we have indoor sports, and it’s that assessment of that package as a whole that it is very important.

"There were always going to be some that were not selected.

“They had the opportunity twice to present.

"I'm sure Tokyo fully understand what those sports had to offer.

"I have no issue on transparency there.”

The IOC are due to decide how many of the five sports to include at their Session next year in 2016 Olympic host Rio de Janeiro.