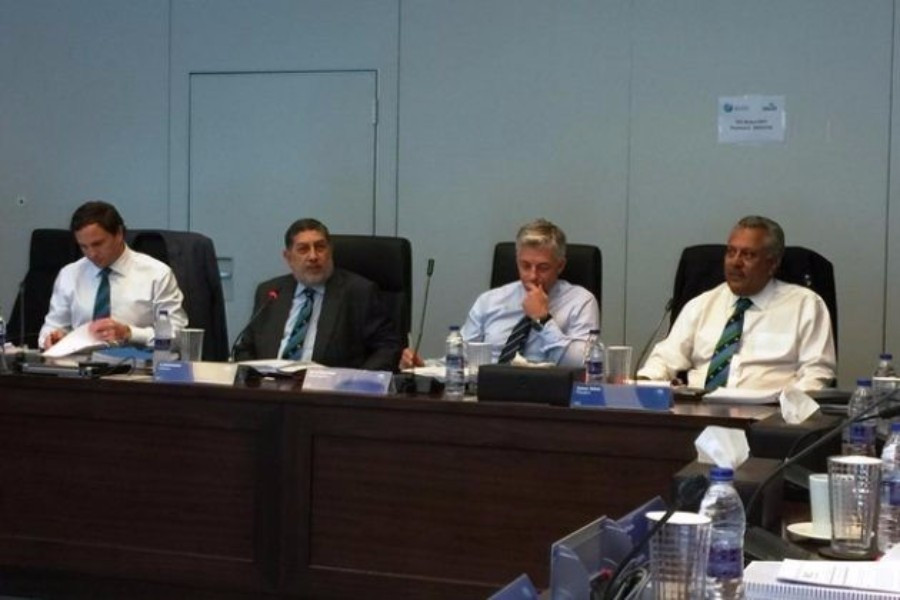 International Cricket Council (ICC) representatives are seeking a meeting here with the International Olympic Committee (IOC) to discuss opportunities for inclusion in more sporting events due to the "growing popularity" of the sport.

This represents a u-turn following the body's decision not to apply for inclusion as an additional sport at the Tokyo 2020 Olympics, despite being entitled to do so by virtue of being a member of the Association of IOC Recognised International Federations.

Cricket was one of just seven out of 33 eligible sports not to apply, with baseball and softball, karate, skateboarding, sport climbing and surfing now having been proposed by Japanese organisers ahead of a final decision by the IOC next year.

But, following an ICC Board Meeting at its headquarters in Dubai, it was noted that "as part of cricket’s growing popularity, it had received several approaches from multi-sport organisations".

It was therefore agreed that the body's director Giles Clarke and Chief Executive David Richardson should meet with the IOC next month to "find out more about these opportunities".

They would be expected to meet with the likes of IOC Sports Director Kit McConnell, who has dual nationality from two cricket-playing nations in Australia and New Zealand.

Cricket is a sport enjoyed by millions across the world, mostly in English-speaking countries, and did feature at the 1904 Olympics in Paris, where the Devon and Somerset County Wanderers beat their "French" counterparts by 158 runs in a 12-a-side match played over two days.

But the emergence of the shortened Twenty20 form of the game in recent years has made it more feasible to be included in multi-sport programmes, with new countries emerging and competitions being held at the last two editions of the Asian Games and at this year's Pacific Games in Port Moresby.

A 50-over tournament was also held at the Kuala Lumpur 1998 Commonwealth Games and it is thought that the sport could be re-introduced to the programme for Durban 2022, with discussions over potential additional sports currently taking place with the Commonwealth Games Federation.

But interest has been mixed, particularly in two of the sport's leading powers in India and England, with India having refused to send teams to the Asian Games and England opting not to compete at Kuala Lumpur 1998.

Last year, Olympic Council of Asia President Sheikh Ahmad Al Fahad Al Sabah launched a scathing attack on the Board of Control for Cricket in India, claiming they put financial interests ahead of promotional and competitive ones by not fielding teams at the Asian Games.

However, in July the Marylebone Cricket Club (MCC) World Cricket Committee - an independent body chaired by former England captain Mike Brearley and comprising leading names such as Sri Lanka's Kumar Sangakkara, South Africa's Shaun Pollock and Australia's Ricky Ponting - said it was “unanimous in its belief that every effort should be made to make cricket an Olympic sport”.

Introducing new Olympic sports on a more flexible basis is a key part of the Agenda 2020 reform process, while a similar selection of new sports is expected to take place for the 2024 Games as it has for 2020.

But with the five candidates - Budapest, Hamburg, Los Angeles, Paris and Rome - all from countries with little association with cricket, that appears ambitious and other events such as the Commonwealth Games, or maybe the African or Pan American Games, appears more plausible.