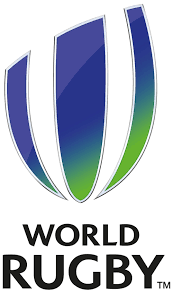 The seventh edition of the World Rugby Medical Commission Conference begins today in London, where the world's leading medical experts and representatives from 31 National Unions will consider the latest research and identify areas of focus and collaboration.

Among the headline topics at the two-day event are further reducing injury risk in age-grade rugby, enhancing the medical framework for developing rugby nations and a progress review of rugby's concussion education and management protocols.

With injury rates in elite rugby said to have not increased since 2002, and research and prevention strategies contributing to a reduction in the most severe injuries, World Rugby's Medical Commission is continuing to focus on strategies that can further aid injury prevention, specifically at age-grade level and in the developing rugby countries.

In August, World Rugby claimed there are "several misperceptions" about the risks of playing the sport after a survey found that 59 per cent of parents believe it is the sport which causes the most injuries.

The Sportswise survey, involving 1,000 parents across Great Britain and the Republic of Ireland, was conducted ahead of the Rugby World Cup, which runs until October 31 in England.

It found that those who answered the survey have a particular concern about injuries caused by the sport, but World Rugby claim their research has proven that such fears are unfounded.

Speaking ahead of the Medical Commission Conference, World Rugby chief medical officer Martin Raftery said: "Player welfare is World Rugby's number one priority and, guided by leading independent experts, our evidence-based approach is helping protect players at all levels of the game.

"The Medical Commission has been a driving force behind player welfare and medical advancements and the conference is an invaluable forum to share and consider information from the wider sporting and medical environment."

The former chief medical officer of the Australian Rugby Union added: "Our approach is centered around education and in 2015 alone we have seen a 66 per cent increase in the use of our www.playerwelfare.worldrugby.org website which is delivered in 11 languages.

World Rugby claims its number one consideration within its ongoing quadrennial law review is player welfare.

A specialist injury prevention group is said to be supporting the law review group by examining the tackle/ruck area in a bid to determine any areas of potential change and further enhance the protection of players.

The ongoing Rugby World Cup is the first-ever international tournament to implement a 10-point player welfare standards programme, where medics will get the chance to see a 360 degree view of any injuries that occur during matches using Hawk-Eye’s SMART Replay technology.