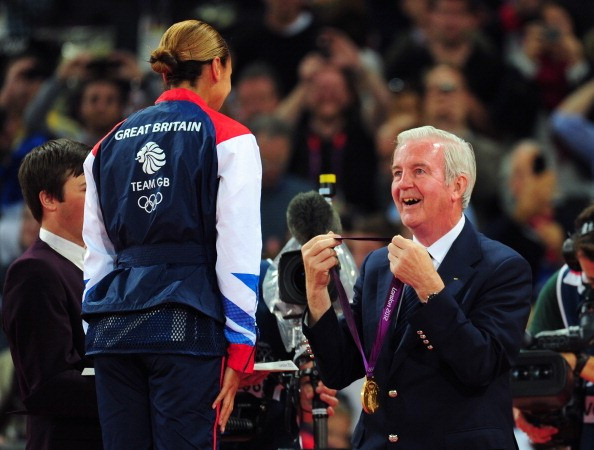 World Anti-Doping Agency (WADA) President Sir Craig Reedie has promised that any athlete denied a medal at Rio 2016 due to drug cheats will have their own formal awards ceremony at a later date.

Although there has not been an established policy for reassigning medals in these types of instances, Sir Craig believes it is important that clean athletes get "their moment in the sun".

"We are going to make sure that, when the medals are re-awarded, they are presented properly," said the Briton, who is also vice-president of the International Olympic Committee (IOC).

Approved by the IOC, next year’s Olympic Games will be the first to benefit from the recommendation.

Jamaica’s Danielle Williams, winner of the women’s 100 metres hurdles gold medal at the International Association of Athletics Federations (IAAF) World Championships in Beijing earlier this year, has given her backing to the move.

"Hopefully I will never be in that position, but I actually do think that's a good idea," she told the BBC's World Service.

"One of the best moments of winning was standing on the podium and hearing my national anthem play and seeing my flag raised.

"So I could definitely understand that an athlete who didn't get that chance would love it.

"I would support that."

New Zealand's shot putter Valerie Adams received her Olympic gold medal from London 2012 after the original winner, Belarussian Nadezhda Ostapchuk, tested positive for banned anabolic steroids and was stripped of her victory, several weeks after the event at the Cloud, a multi-purpose event venue located on Queen's Wharf on the Auckland waterfront, in a public ceremony.

A flag was beamed onto on the Auckland Harbour Bridge to mark the occasion, while the Sky Tower was lit up gold for the occasion.

The national anthem was performed by the choir from Adams' former high school Southern Cross Campus.

The medal ceremony was screened live on television, streamed online and shown on a big screen on Wellington's waterfront.

Fireworks lit up both Auckland and Wellington after the presentation.

Earlier this month, the IOC claimed that seven "innovative" research projects are being funded and supported by the organisation to illustrate its commitment to the fight against doping.

A $20 million (£13 million/€18 million) fund has been unveiled in conjunction with WADA to protect clean athletes.

Half of the money has been earmarked to fund social and scientific research pertaining to anti-doping, while the rest will go towards tackling match-fixing.

A separate fund has also been set aside for new anti-doping research, specifically for scientists involved in athlete-centered projects with a scientific or social focus, and it is from this fund that the seven projects have been supported.