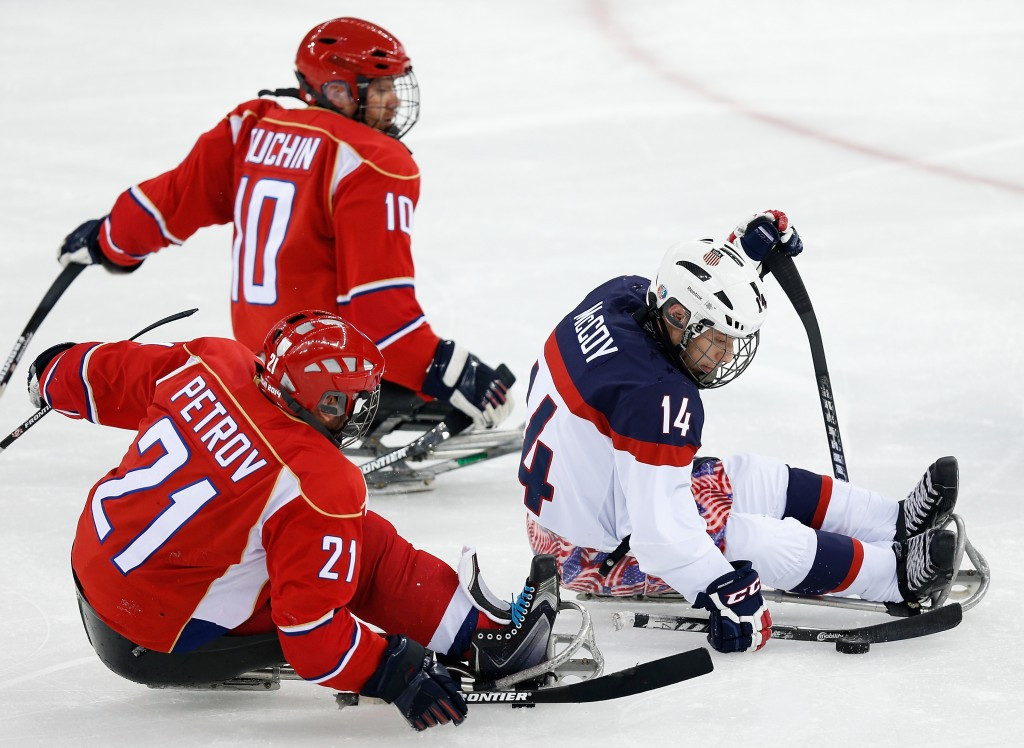 Ice sledge hockey is set to take another major step forward in its development when the International Paralympic Committee (IPC) hosts the sport’s first youth camp in Langenhagen, Germany from October 29 to November 1.

The camp, which will gather 25 aspiring players from eight countries aged between 14 and 21-years-old, is scheduled to take place in the Eishalle Langenhagen, home of local ice sledge hockey team Eis Lions Langenhagen and ice hockey side Hannover Scorpions.

Supported by the Federal Ministry of the Interior on the basis of a decision by the German Federal Parliament, the camp will be run by coaches from the United States, Canada and Norway.

"We are really excited about hosting the first youth camp and are grateful to the Federal Ministry of the Interior for their support," said Jessica Korber, IPC Ice Sledge Hockey sport manager.

"We were completely oversubscribed which shows that the demand is out there from young players who want to get involved in ice sledge hockey.

"The spread of nationalities is also really encouraging, with youngsters coming from Austria, Canada, the Czech Republic, Germany, Italy, South Korea, Slovakia and the USA."

The inauguration of the camp follows a recent increase in popularity for ice sledge hockey, which reached new audiences through the Sochi 2014 Paralympic Winter Games and the A-Pool and B-Pool World Championships, held earlier this year in Buffalo, New York and Östersund, Sweden respectively.

"Events like this are so important to keep the sport moving forward after the success we have had with developing its profile in the last two seasons, through Sochi 2014 and the 2015 World Championships," Korber added.

Participants in the camp, who are all intermediates, are due to arrive in Langenhagen on October 28, ready to start the following day.

There will also be education sessions on topics such as anti-doping and classification, with all local costs covered by IPC Ice Sledge Hockey and a grant from the Federal Ministry of the Interior.

Earlier this week, legendary Italian ice sledge hockey forward Gregory Leperdi called upon European nations to focus their efforts on developing young talent if they are to challenge the domination of Canada and the US at World Championships and Paralympic Games.

The last European team to secure gold at the IPC Ice Sledge Hockey World Championships was Norway, triumphing in 2004, while they are also the most recent Winter Paralympic gold medallists from the continent after winning the final at Nagano 1998.

Since then, Canada and the US have won every major title available.