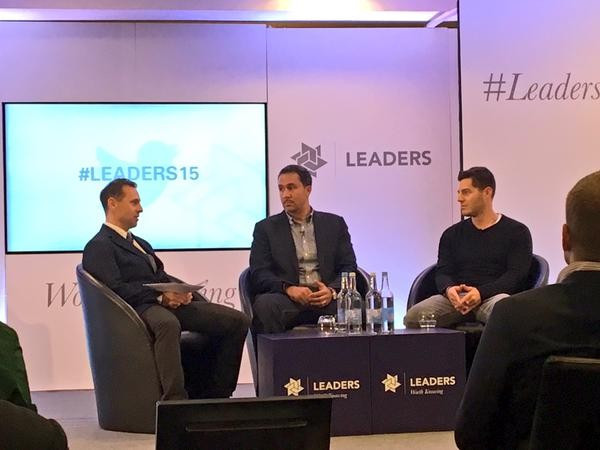 Dan Reed, head of global sports partnerships at Facebook, claimed here that social media companies such as his, as well as Instagram and Snapchat, are going to be “vital” for the future business models of sporting bodies and clubs.

Reed, who was speaking at the Leaders Sport Business Summit 2015, urged organisations to utilise the tools in order to tap into sports fans already using social media and stated that “Facebook has the biggest community of fans in the world”.

Talking to a packed room as part of a session titled “A Winning Combination: Technology Partnerships at the Highest Levels” Reed reflected on the relationships the company have with major sporting leagues around the world.

He explained that Facebook, which has 1.5 billion users, has worked with the leagues to promote their major events or products, detailing that a spike in the numbers of people discussing sporting events on the social network is regularly followed by a spike in viewers watching television coverage.

The talk was particularly relevant at a time when the International Olympic Committee (IOC) are setting up an Olympic TV Channel, following the passing of Agenda 2020 reforms.

At the IOC Session in Malaysia’s capital city Kuala Lumpur during August, the boss of advertising giant WPP, Sir Martin Sorrell, had urged the organisation to engage with younger people and stated they needed to develop “the ultimate story platform” in addition to the Olympic TV Channel.

During that speech the 70-year-old had mentioned the photo sharing application Snapchat as one which could be used to engage younger fans and the company’s director of partnerships, Ben Schwerin, also spoke during the Leaders Summit and explained how their product was used by fans.

With 100 million active daily users, Schwerin stated they had begun to create community stories which could be accessed for 24 hours and constantly updated with the best content from those live at the event, with both spectators and athletes contributing.

He argued that it offered fans a better live experience while the community stories, which could be accessed all over the world, could provide additional revenues for sporting organisations and teams as it would offer sponsorship space.

“We often work with American leagues and clubs one week before a game,” he said.

“We work hand in hand on the content which is needed to promote the event.

“You need to be able to show a side of the league or club that fans do not normally see or have access to, for instance the locker rooms.”

His stance was echoed by Reed who argued that for people to view broadcasts they needed to be able to be creative and that sporting bodies should trust and use the content shared by their athletes and teams to interact with the existing fan communities.

As well as at the IOC, the need to attract younger fans through the use of digital technologies was one regularly explored during the International Association of Athletics Federations (IAAF) Presidential election, with both Ukraine’s Sergey Bubka and Britain’s Sebastien Coe, who ultimately prevailed, pledging in their manifestos to use social media to engage young fans.

Volleyball is among sports pioneering the use of social media, using Snapchat via its partnership with Red Bull during last week’s World Tour Finals in Fort Lauderdale, Florida.

The Leaders Sport Business Summit is being held at Stamford Bridge with more than 1,500 of the industry's most influential people sharing insights and sparking discussions to help shape the future of sport.