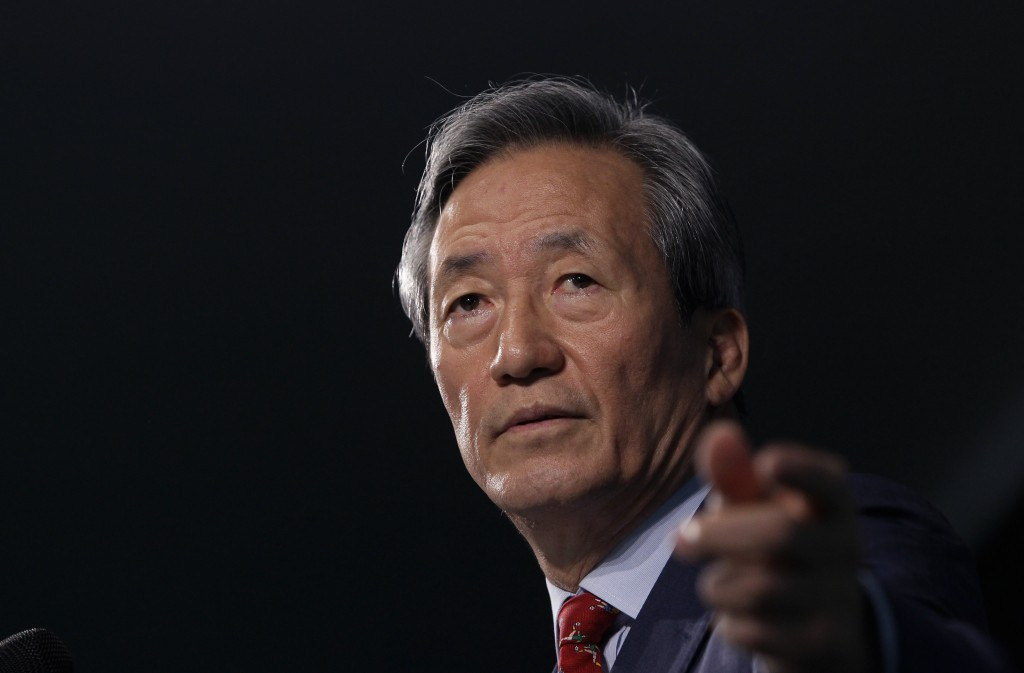 South Korean FIFA Presidential candidate Chung Mong-joon could make a shock departure from the race to succeed incumbent Sepp Blatter following reports he is under investigation from FIFA’s Ethics Committee over his involvement in the 2018 and 2022 World Cup bid processes.

A ruling from the committee concerning the actions of the businessman and politician, also an honorary vice-president of world football’s governing body, could be made as early as next week, according to reports.

Chung reportedly contacted FIFA Executive Committee members ahead of the ballot to decide the hosts of the 2018 and 2022 tournaments, telling them about a plan to give $777 million (£510 million/€689 million) to South Korea for football development should they win the bid to stage the 2022 event.

It has been claimed that the Ethics Committee may see this as a conflict of interest due to Chung’s involvement with South Korean football and it could even amount to vote buying.

If found guilty of the offence, Chung, FIFA’S Asian vice-president for 17 years before losing his position in 2011, could be hit with a 15-year ban, according to German newspaper Welt am Sonntag, which would force him to drop out from the FIFA Presidential race.

UEFA President Michel Platini, Jordanian FA President Prince Ali and former Brazilian international Zico are the others vying to replace Blatter, who has been at the helm since 1998, at next February’s Extraordinary Elective Congress in Zurich.

The development follows Chung, who has claimed FIFA is in “meltdown” recently and has been outspoken about the ongoing corruption probe, slamming FIFA back in August for misrepresenting donations he made to relief efforts in Pakistan and Haiti, accusing them of acting “unethically”.

The news comes after Platini lost the services of one of his key advisers.

The Frenchman is at the centre of a scandal surrounding a “disloyal” payment – meaning one allegedly not in the interests of the governing body – of CHF 2 million (£1.3 million/$2.1 million/€1.8 million) made to him by FIFA for consultancy work he carried out nine years ago and which caused Swiss prosecutors to open criminal proceedings against Blatter,

It was announced yesterday that Kevin Lamour, head of the UEFA President’s office, was taking a leave of absence, although European football’s governing body insisted this was planned and was “completely unrelated” to the investigations concerning the payment.

“It had been agreed several months ago that Kevin would take a leave of absence at the end of September after the Executive Committee meeting in Malta,” a spokesperson said.

“The duration of the leave has not yet been confirmed.”

The former French international and Blatter are both also under investigation from FIFA’s Ethics Committee so Lamour’s unspecified period of absence comes at a bad time for Platini.