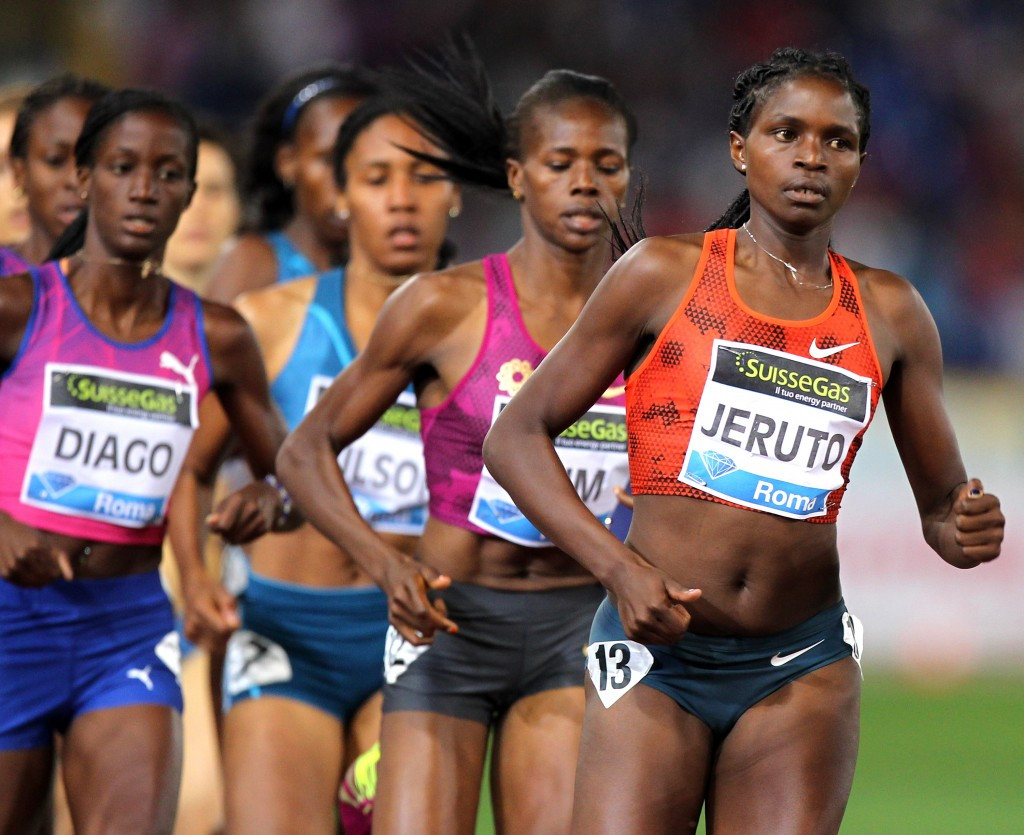 The bans come less than six weeks after 400 metre runner Joyce Zakary and 400m hurdler Francisca Koki Manunga were thrown out of the International Association of Athletics Federations (IAAF) World Championships in Beijing for similar offences.

Road runner Jepkorir has been sanctioned for failing a doping test conducted on December 31, 2014 during the Corrida de Sao Silvestre in Luanda, Angola.

Her results from both that race, and February’s Ras al Khaimah international half marathon have been annulled and she is said to be forfeiting prize and appearance money.

"Owing to the period when the infraction was registered a two-year sanction has been imposed on the athlete effective from March 15, 2015 and will end on March 14, 2017," read an Athletics Kenya statement.

Kimaswai, an 800m athlete, has been sanctioned for failing a doping test during an out of competition mission on April 14, 2015 in Eldoret, Kenya.

Jeruto was on the books of the Rosa Associati stable, which expelled fellow Kenyan Rita Jeptoo from its management after the marathon runner received a two-year ban in January for erythropoietin (EPO) violations.

Meanwhile, the International Athletics Consultancy (IAC), which was led by the late respected manager Zane Branson, has denied reports linking Jepkoech to their stable.

"IAC states that Jospehine Jepkoech Korir was not managed by the late Zane Branson/IAC and in the strongest possible terms we object incorrect and irresponsible reporting," said IAC special projects manager, Davor Savija.

The two latest failed tests will focus more unwelcome attention on the Kenyan anti-doping operation, which has been the subject of many of the allegations made in the recent documentaries made by German TV company ARD which is operating in conjunction with The Sunday Times.