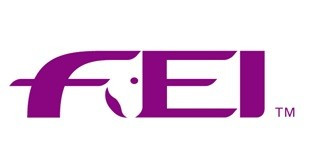 Uruguayan endurance rider Fernanda Villar has been hit with a provisional suspension by the International Equestrian Federation (FEI) after horse LG Muneerah tested positive for a banned substance during a CEI2* event in August.

Villar won the 120 kilometres competition at the event on August 8 and LG Muneerah has been suspended for two months.

A sample taken from the horse following the competition, held in Trinidad, Uruguay, revealed traces of Guanabenz, a sedative with analgesic effect, which is on the FEI’s Prohibited Substances List.

Both the athlete and the owner of the horse have the right to appeal the decision at an FEI Tribunal to request the lifting of the suspensions.

The announcement follows London 2012 Olympic champion Steve Guerdat and teammate Alessandra Bichsel being cleared of any wrongdoing by the FEI after doping failures by their horses were attributed to poppy seed contamination.

The duo were provisionally suspended on July 20, but their bans were lifted a week later, with the FEI admitting there was a high chance of unintentional contamination.

As a result, France were stripped of their 2016 Olympic Games qualification spot in eventing.

The French team, which also included Jean Teulere, Cédric Lyard and Pascal Leroy, had finished fourth at the competition, which was enough to earn them a place at Rio 2016, but that has now been removed as if riders or horses test positive, the whole team are liable for punishment.