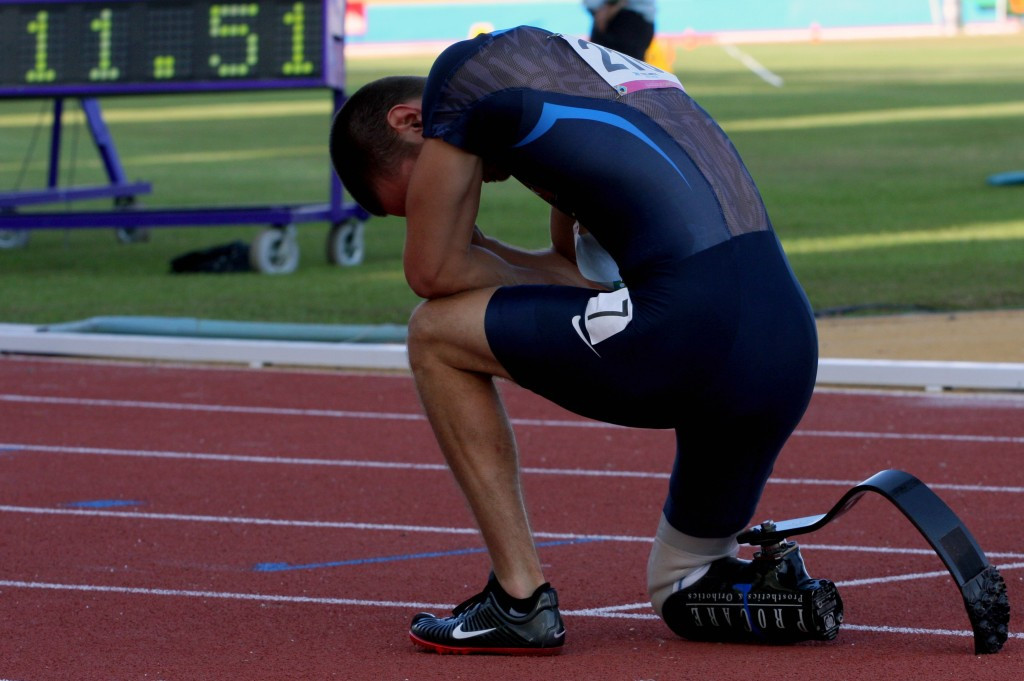 T44 100 metres world record holder Jarryd Wallace of the United States is the latest Paralympian to star in a series of promotional videos ahead of the International Paralympic Committee (IPC) Athletics World Championships in Doha next month.

The film, entitled “My Incredible Story”, documents the journey of the American, whose record-breaking performance of 10.71sec at the 2013 event in Lyon, France earned him his first world title.

Wallace had his leg amputated below the knee in 2010 as a 19-year-old after problems arose following surgery which aimed to reduce the symptoms of compartment syndrome, a condition which involves increased pressure within one of the body’s areas that contains muscles and nerves.

The 25-year old recovered from that set-back as he stormed to victory in the 100m race at the 2011 Parapan American Games in Guadalajara, Mexico.

Wallace will go up against closest rival and compatriot Richard Browne during the event in Doha, which is expected to attract more than 1,400 athletes from 100 countries.

“It’s what people do with the circumstances that they’re in that defines them, it’s not their circumstance,” the American said.

“I remember leaving that doctor’s office and going to Google and began to research what it would look like to be an amputee.

“I remember calling my parents into my room and saying I’m going to be on this list.”

The American follows three-times Paralympic T11 champion Terezinha Guilhermina of Brazil in featuring in the videos, with the aim of the series of films being to promote Para-sport and raise awareness of impairments.

It has also been announced that two of the event's main sponsors, Qatar Airways and communications company Ooredoo, will run special competitions in the lead-up to the event, which runs from October 21 to 31.

Qatar Airways will launch a “Your Inspiration” social media campaign, which will ask participants to share their own “My Incredible Story” and tag the person who inspires them, with two business-class tickets to the IPC Athletics World Championships on offer for the winner.

Ooredoo meanwhile are giving fans the chance to win iPads by taking pictures of themselves with their World Championships tickets.

“Our build up to largest ever para-sport event to come to the Middle East continues to gain momentum and we are very pleased with the progress that is being made,” Qatar Olympic Committee secretary general Thani Abdulrahman Al Kuwari said.

“We are extremely grateful to have the support of Qatar Airways and Ooredoo, two of Qatar’s most successful companies.

“These partnerships will be crucial to helping us to maximise the impact of the World Championships across the whole region by sharing the stories of the incredible athletes that will be competing in Doha in October, and spreading awareness about para-sport.”