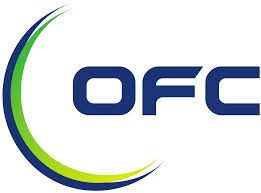 The result of New Zealand Football’s (NZF) appeal over their dramatic expulsion from the Olympic qualifying tournament at the Pacific Games in Port Moresby in July will be released soon, the Oceania Football Confederation (OFC) has announced.

The governing body’s Appeals Committee met on Monday (September 21) and yesterday to hear NZF’s case after their original appeal, which was scheduled to take place in August, was adjourned due to their preferred legal counsel being unavailable.

According to Radio New Zealand, the ruling could be made within the next month.

“The OFC Appeals Committee reconvened in Auckland, New Zealand on the 21 and 22 September in the matter of an appeal for a decision of the OFC Disciplinary Committee dated 12 July 2015 made by the appellant New Zealand Football Incorporated,” an OFC statement read.

“New Zealand Football counsel and representatives attended the hearing on 22 September to present their oral submission to the OFC Appeals Committee.

“A decision will be made in due course.”

This prompted NZF to contest the decision despite the OFC's Disciplinary Committee ruling that Wynne was ineligible to compete due to him acquiring a new nationality under Article 7 of the Regulations Governing the Application of the FIFA Statutes.

The 20-year-old, who was left out of the New Zealand side which drew 1-1 in a friendly with Myanmar in Yangon on September 7, has already represented New Zealand at under-20 and senior level after becoming a naturalised Kiwi.

The left-back, who was not born in the country and does not have a New Zealand parent or grandparent, would have to have lived in the country for five years from the age of 18 to be eligible, but is not old enough to have done so.

The debacle caused widespread embarrassment for football in New Zealand and should their case be dismissed by the OFC, they could then appeal to the Court of Arbitration for Sport (CAS), based in Lausanne, Switzerland.

If they are unsuccessful with CAS, they will miss out on a spot at next year's Olympic Games in Rio de Janeiro.