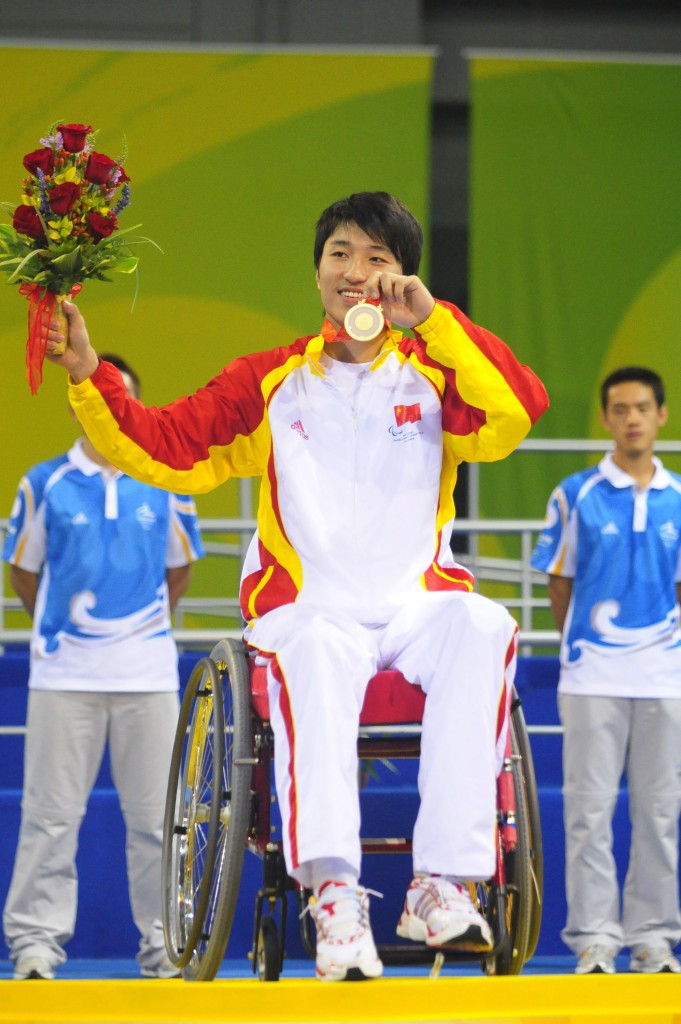 China dominated day two of the IWAS Wheelchair Fencing World Championship by claiming three out of the four titles on offer in Eger, Hungary, today.

In the men's category A foil, the Chinese took three of the four medals on offer with Paralympic champion Ruyi Ye defending his world title by beating compatriot Gang Sun, the epee champion from Friday, 15-14.

Hosts Hungary missed out on gold in the women's category A foil as Zsuzsanna Krajnyak was beaten in the final by China's Chuncui Zhang, 15-8.

In the men’s category B foil event Great Britain’s rising talent Dimitri Coutya came close to preventing China’s world number one Daoliang Hu from defending his World Championship crown, but the latter eventually emerged with a 15-12 win against the 17-year-old.

The bronze-medal positions were shared by Italy’s Marco Cima and Russia’s Albert Kamalov.

Eighteen year-old Beatrice Vio won the women's category B epee, with the Italian denying Hungary's Gyongi Dani with a 15-4 win.