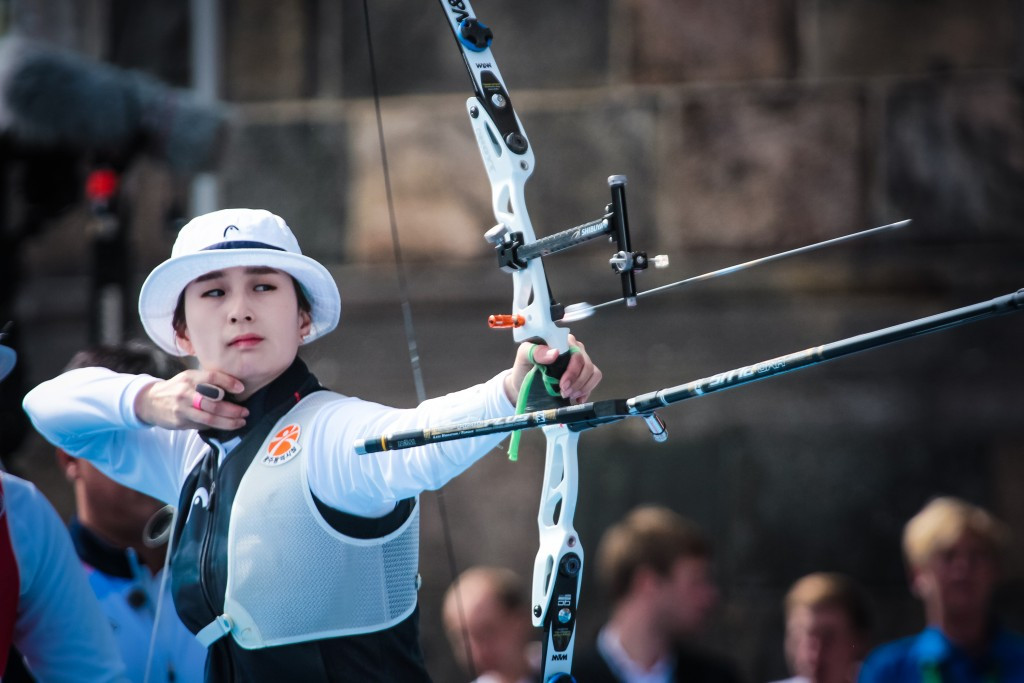 Korea's women shot their way to a gold medal at the Rio 2016 archery test event as they fired themselves to victory in the team recurve.

The reigning Olympic champions beat Ukraine at the competition in the Brazilian city, which is known as the Aquece Rio International Archery Challenge.

Represented by Olympic Champion Ki Bo Bae, Kang Chae Young and Choi Misun, the first seeds and favourites shot a 2026-point qualification round to become the only recurve women’s team that qualified automatically for the quarter finals at the Sambódromo.

In all three of their following matches they won in straight sets, 6-0, beating Georgia, China and finally Ukraine.

Ki put all her arrows but one into the 10-ring during the final, with 11 countries competing in all.

“I think my intensive training is paying off,” Ki said.

“This first gold medal in Rio is just a great honour, as I’m already an Olympic Champion.

"Maybe next year, I get the same chance to celebrate again.”