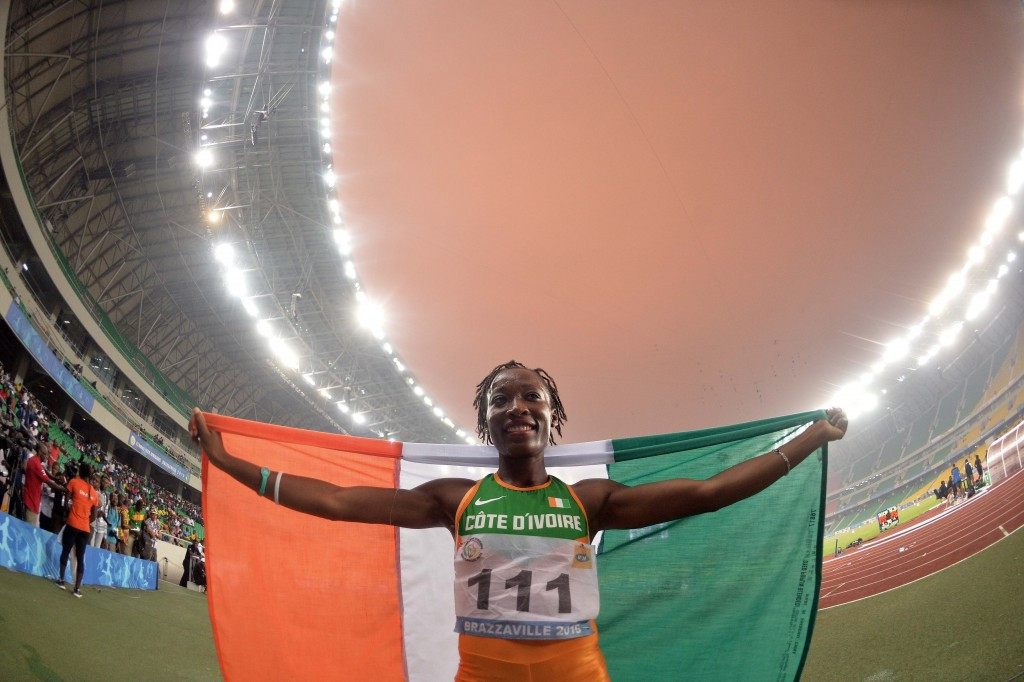 Marie Josee Talou has completed the 100/200 metre sprint title double at the All-Africa Games in Brazzaville.

The Ivory Coast pace queen raced to gold over the longer distance in the Republic of Congo's capital today, crossing in a time of 22.57sec.

That was enough to see the 26-year-old top the podium ahead of two Nigerians, with Ngozi Onwumere taking silver in 23.24 and the bronze going to Lawrette Ozoh in 23.37.

Talou had earlier won the 100m in Brazzaville, clocking a time of 11.02 to win which beat Nigerian star Blessing Okagbare's Championship record.

Ivory Coast completed a clean sweep of the sprints as Koffy Wilfried Hua won the men's 200m in 20.42.

Again the two remaining places on the podium were taken by Nigerians, with Divine Oduduru taking silver in 20.45 and Odele Tega scooping the bronze in 20.58.

The men's 100m had gone to Hua's compatriot Ben Youssef Meite earlier in the Championships.

Nigeria weren't to be denied a gold as Amaka Ogoegbunam won the women's 400m hurdles in 55.86 ahead of compatriot Ajoke Odumosu in 57.63.

The Games continue across a variety of sports in Brazzaville until Saturday.