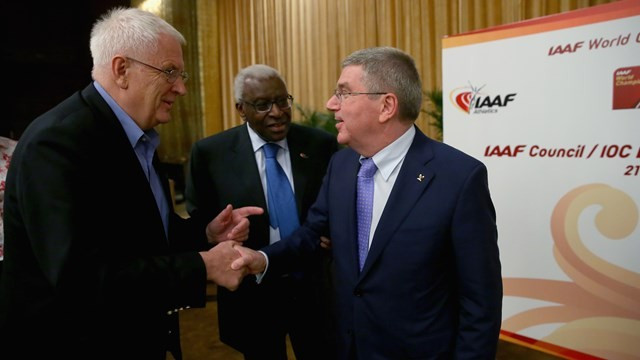 European Athletics President Svein Arne Hansen personally invited each of the Presidents to speak at the opening of the new-look Convention on the morning of Friday October 16.

Any comments from Coe on Hansen’s proposal that elite meetings contain European-only races in middle and long distances, or from Hickey on how athletics will figure in the second European Games to be held in 2019, would be interesting to hear.

“We are sure that our Members will derive great value and inspiration from these speeches.

“We believe that this year’s Convention will be the biggest and best ever after our decision to revamp the format.

"It will further unite the European Athletics community and generate increased media interest.

“A jewel in the crown of the Convention is, of course, the European Athletics Golden Tracks, and I am looking to a glamorous and prestigious night attended by our best athletes of 2015.”

An overhaul of the Convention was one of the first items the Executive Board addressed following the European Athletics elections in April, creating a working group made up of Vice President Frank Hensel, Council member Márton Gyulai and European Athletics Head Office staff.

The Golden Tracks, the annual awards for the men’s and women’s European athletes of the year and rising stars, will take place at the Swiss Tech Convention Center in Lausanne on Saturday, October 17.

The TV programme will be streamed live worldwide on the European Athletics website, with a highlights programme distributed by Eurovision to its members.