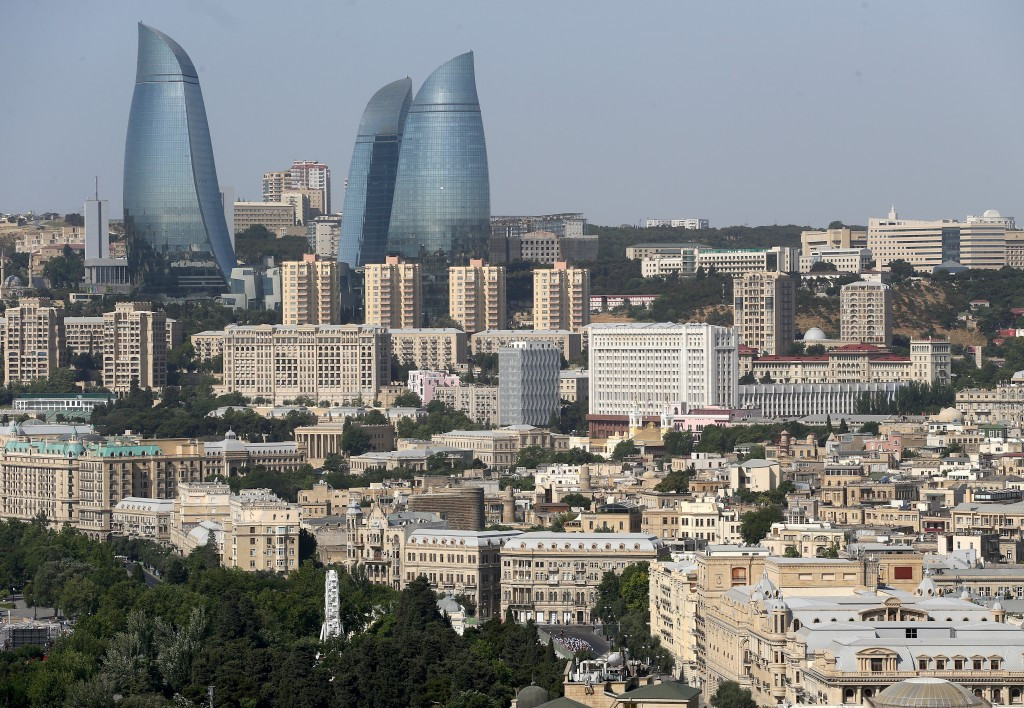 The International Olympic Committee (IOC) will stay in contact with Azerbaijan's capital Baku about a potential bid for the 2028 Olympics after it was decided that the city should not enter the race for the 2024 Games.

IOC President Thomas Bach confirmed today that Baku had taken part in the invitation phase for 2024, but that after talks a joint decision had been made not to take things any further.

Budapest, Hamburg, Los Angeles, Paris and Rome were instead confirmed as the five 2024 bidders after an IOC deadline to officially apply expired at midnight yesterday.

Talk of Baku's possible candidature came after their hosting of the first European Games earlier this year.

Azerbaijan will also host matches, including a quarter-final, at the European Football Championships which will be held across the continent in 2020 and the country has further ambitions to host major events.

"Baku took part in the invitation phase, we had some consultations with Baku," said Bach.

"At the end of these consultations we together, Baku and the IOC, came to the conclusion that it would need further evaluation for a bid for 2024, but that we would keep in contact with a view to develop a strong bid, maybe for 2028, or an appropriate date.

"I can only thank Baku for how intensively they have been working on this project and how they really addressed the Olympic Agenda 2020."

Bach also confirmed that Qatar's capital Doha had not taken part in the invitation phase and that other unnamed cities did approach the IOC to test the waters.

"These were more informal enquiries rather than intensive discussions like the ones with Baku and the five Candidate cities.

"Doha obviously did not take part in this invitation phase."


Related stories
September 2015: Bach confirms five cities in the running to host Olympics and Paralympics in 2024