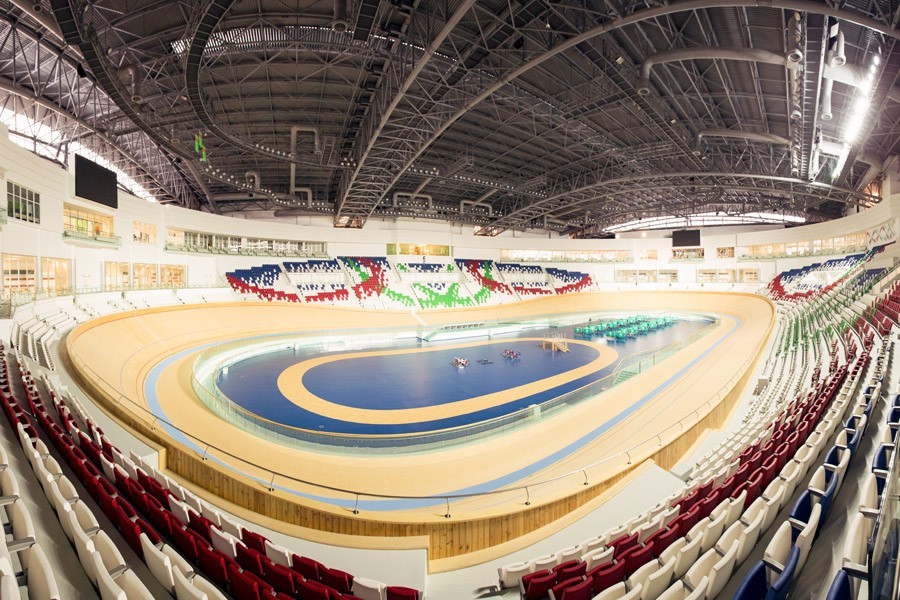 Bidding for and hosting the 2017 Track Cycling World Championships has been outlined as a means to continue Turkmenistan’s growth as a sporting hub today at the Opening Ceremony of the Olympic Council of Asia (OCA) General Assembly.

The intention was expressed following a lengthy address by the Central Asian country's President Gurbanguly Berdimuhamedov in which he reiterated his aim to use sport to raise the profile of the nation.

Major events, including the Asian Indoor and Martial Arts Games taking place here in 2017, will inspire youth and encourage wider development, he claimed.

His speech was followed by an interjection by Igor Makarov, the Ashgabat-born President of the Russian Cycling Federation who runs the Katusha Cycling Team.

He outlined the attractions of the Ashgabat Sports Complex Velodrome built here, which is among the largest veledromes in the world with room for 6,000 spectators, before appealing directly to the President to consider bidding for the event.

Despite being held virtually every year since 1893, the World Track Championships have only been held in Asia once before, in 1990 in Maebashi, Japan.

The 2017 Championships will follow a 2016 edition in London, with few other cities having yet declared interest.

Berdimuhamedov described the proposal as “fully in accord” with the plans of the nation, adding that the country has “all the necessary conditions”

The President, a former dentist who assumed the office in 2006, was also awarded the Association of National Olympic Committees (ANOC) Merit Award by Shiekh Ahmad Al-Fahad Al-Sabah, the Kuwaiti who heads ANOC as well as the Olympic Council of Asia.

Berdimuhamedov also heads the Turkmenistan National Olympic Committee and ordered the building of the Olympic Complex which will form the centre-piece of the continental event in 2017.

“I am accepting this out of recognition of my devotion to sports,” he said, receiving it here rather than at next month’s ANOC General Assembly in Washington D.C.

A lavish Gala Dinner following the ceremony here this evening, before the General Assembly itself takes place tomorrow.