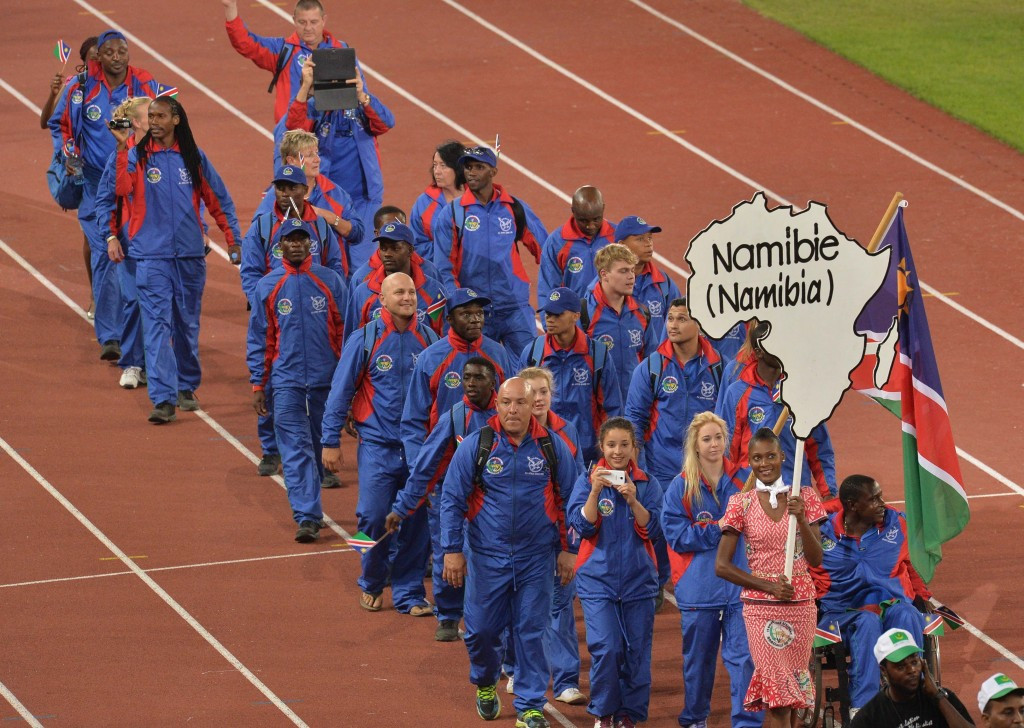 Namibia’s Ananias Shinkongo won gold in the men’s 100 metre T11 final on day 14 of the All-Africa Games in Brazzaville.

Shinkongo posted a time of 11.45sec to finish ahead of Nigeria’s Olusegun Rotawo and Cameroon’s Charles Atagana Ntsama, who came second and third respectively with times of 11.63 and 11.84.

His compatriot Lahja Ishitile had to settle for bronze in the women’s 200m T11 final however as Nigeria’s Lovina Onygbule clocked a winning time of 25.27 to fend off nearest challenger, Ivory Coast's Fatimata Brigitte Diasso.

South Africa achieved a gold and silver double in the men’s 200m T12 showdown with Jonathan Ntutu’s time of 22.47 bettering that of Hilton Langenhoven by 0.22.

Meanwhile in athletics, South Africa’s Lebogang Shange and Kenya’s Grace Wanjiru got their hands on the respective men’s and women’s 20 kilometre walk titles with times of 1:26:43 and 1:38:28.

In other sport, Nigeria’s women’s basketball team beat Gabon 55-54 to book their place in the semi-finals where they will be joined by Angola, 58-51 winners against Cameroon.

Host nation the Republic of Congo suffered a 3-1 defeat to Senegal in the semi-finals of the men’s football competition, while Ghana reached the women’s final with a 1-0 win against Ivory Coast.