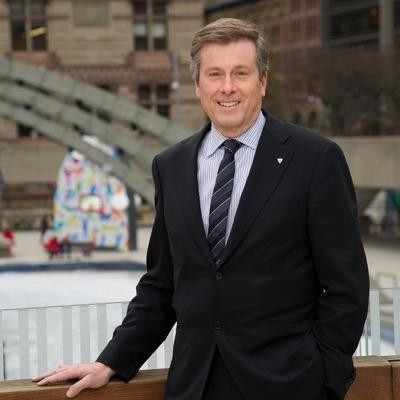 Toronto Mayor John Tory has confirmed that the city will not bid for the 2024 Summer Olympics and Paralympics.

Canada's biggest city had been tipped to throw its hat into the ring following a successful staging of the Pan American Games in July but speculation that Tory wouldn't opt to bid has been rife since Monday evening.

Those suggestions have now been confirmed but the Mayor was keen to stress his desire for Toronto to hold major sporting events in the future, including the possibility of a Summer or Winter Olympics or even FIFA World Cup matches.

Any cities wishing to enter the 2024 race had to officially submit their bid before an International Olympic Committee (IOC) deadline expired today.

Tory admitted that excitement had risen after the Pan American Games but concluded that "the worst time to go shopping is when you're hungry".

As recently as last week it was revealed that the Mayor was still seeking the answers to key questions about a possible bid, including a cost estimate for hosting the Games and whether Pan American venues could be used.

In the end, the fact that enthusiasm only began to grow after the Pan Americans meant that there was not enough time to get answers and Tory has refused to make a snap decision.

"It's not my job to be rash, it's my job to make the best decision for Toronto," he said.

"I can't look people in the eye and tell people bidding on the Olympics is the best use of our time and money.

"I think time was against us.

"Let's use the energy, passion and enthusiasm we've been feeling since the Pan American Games into building transit, housing and infrastructure.

"I know we can and will achieve those things without an Olympic bid.

"Toronto is capable of great things.

"Whatever we decide to bid for, we've got to do it right, be prepared and be convinced we can win.

"In the meantime we have important work to do to keep us the most livable and one of most admired cities in world."

To aid his wish of Toronto hosting major events in the future, Tory announced the creation of a group to advise on potential bids.

"Toronto can be an Olympic city and one day will be a great venue for an Olympic Games, I'm convinced of that," he said.

Canadian Olympic Committee President Marcel Aubut was one of the leading supporters of the campaign.

"We respect the Mayor’s decision today and appreciate the thorough consideration given to a potential candidature," said Aubut.

"Thank you to everyone who supported this undertaking.

"We remain optimistic Toronto could and should host the Olympic Games in the future.

"We thank President Thomas Bach and the International Olympic Committee for their unique cooperation throughout this process.

"We look forward to a continued productive relationship with all three levels of government to support high performance athletes.

"The Canadian Olympic Committee is determined to have the Olympics back in the country at the earliest opportunity, especially in the context of the new Olympic Agenda 2020.”