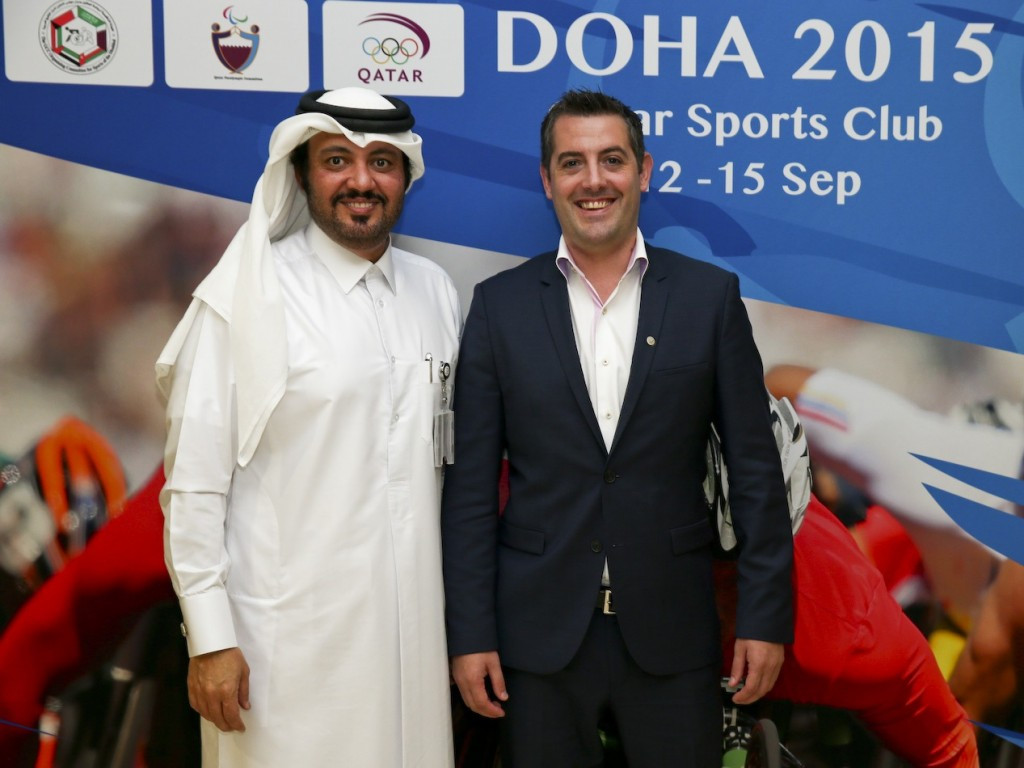 Ryan Montgomery, head of International Paralympic Committee (IPC) Athletics, has expressed his confidence that the 2015 World Championships in Doha will prove to be a very successful event when it takes place from October 21 to 31.

Athletes from the United Arab Emirates, Saudi Arabia, Oman, Kuwait, Bahrain and hosts Qatar competed at the Qatar Sports Club from September 12 to 15, with the event serving as a test event for next month’s World Championships.

Having seen many of the operational procedures in action Montgomery believes any lingering concerns the delegation had about Doha’s ability to deliver a successful Championships have now been erased.

“We came here with a number of questions and those questions were answered fully and successfully and we’ve left very, very happy.

“These World Championships are going to allow the Paralympic Movement to expand into a new region and reach new levels, they will inspire and excite the world.”

Among the areas that have been tested during the GCC Para-athletics Championships include the ability of the Hamad International Airport’s ability to handle an increased number on passengers with impairments across all areas of the airport.

In addition to the airport, the accessibility of buses and transport load zones for wheelchair users was investigated during the event.

Structural modifications to official Championship hotels and the competition venue, the Qatar Sports Club, have also been made to make them fully accessible.

Ameer al-Mulla, chief executive of Doha 2015, is confident that the 10-day World Championships has been organised to the highest possible standards and believes the event will leave a lasting legacy on the country.

“The accessibility modifications and improvements that have been made to venues and facilities across Qatar are a significant legacy that will be left behind long after the World Championships have finished,” he said.

“These World Championships will have an impact on Qatar and the region that will go beyond an incredible 10-days of world-class action.”