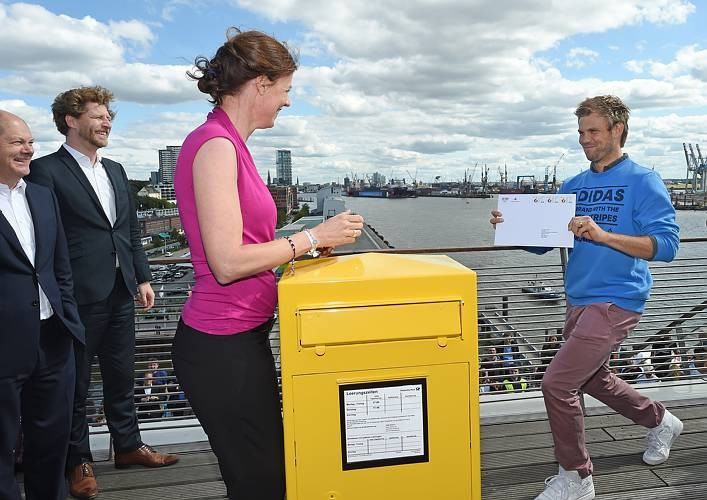 Nearly half of people surveyed in a poll on Hamburg's bid for the 2024 Olympics believe that the German city's chances of landing the Games are remote.

Forty-nine per cent of people said that Hamburg had a poor chance or no chance of winning the Olympics and Paralympics and only 32 per cent said they thought the city had a good chance of prevailing.

The cost of hosting the Games was highlighted as the main reason for opposing holding the Olympics, with 60 per cent agreeing that they would be too expensive and 65 per cent saying it would be "a waste of money".

Despite this negativity, there was backing for the bid itself with 58 per cent of those polled saying they supported Hamburg's campaign, with only 20 per cent saying they were against.

Hamburg, and fellow northern city Kiel which would host sailing, will hold referendums on whether they should host the Olympics on November 29.

Scholz said last week that he expected support from the city's residents, with nearly 2 million people eligible to vote.

The host in 2024 is due to be selected at the 2017 International Olympic Committee Session (IOC) in Lima, Peru.

Budapest, Los Angeles, Paris and Rome are also in the race to host while Toronto and Baku could yet join them before tomorrow's deadline for submissions to the IOC.