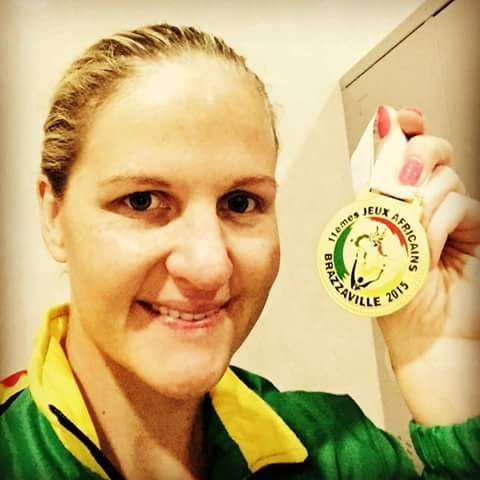 Zimbabwe's Kirsty Coventry completed a "triple triple" of winning the same three individual swimming events at each of the last three All-African Games on the final night of action in the pool at Brazzaville 2015.

The 31-year-old, a member of the International Olympic Committee (IOC) Athletes' Commission, won the gold medal over 200 metres backstroke in a time of 2min 13.29sec.

“Sacrifices, perseverance, self-belief and your [fans] support have been essential in achieving this accomplishment,” she wrote on Twitter afterwards.

It was South Africa who again enjoyed the best of the rest of the action as Myles Brown won the men's 200m individual medley in 2:07.71 while the women's 4x100m medley relay quartet sealed gold in a time of 4:12.36.

Algeria and Zimbabwe each won three, while Tunisia, Botswana, Angola, Namibia and Seychelles all secured places on the podium.

There was disappointment for the hosts in the women's basketball, as they were humbled at the hands of Mali 109-24, while Nigeria edged a closer affair 78-62 with Mozambique.

There was also Nigerian success in handball as their women's team beat Kenya 32-16.

Ivory Coast defeated Zambia 49-16 in the day's other match.

Athletics action is set to begin in the Republic of Congo capital tomorrow.