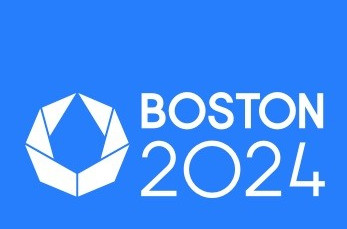 Boston 2024 abandoned their ill-fated bid for the 2024 Summer Olympics and Paralympics with a shortfall of more than $4 million (£2.5 million/€3.5 million) in outstanding payroll obligations and unpaid invoices, it has been reported locally, although sources close to the bid have disputed the validity of the report.

The report lists a number of other companies who have allegedly not received payment in full, including British-based consultancy JTA (Jon Tibbs Consultancy) and American firm Interpublic Group, the parent company of Weber Shandwick.

"There are no issues from JTA's perspective and all outstanding financial matters have been settled fairly and amicably," he told insidethegames today.

Both JTA andTeneo Strategy are now working on Los Angeles' bid after they were chosen last week by the United States Olympic Committee as a replacement for Boston.

insidethegames has been told by a bid insider that the documents were "unchecked and unauthorised preliminary accounts" which were hastily prepared the day after the bid ended.

As well as the double-counting of bills - with the same bills from general contractors and sub-contractors counted twice, it also reportedly included "erroneous pro bono work and some billings for August when we did not operate in August".

Officials have said that payments and donations will continue until completion over the next few weeks, and that the shortfall is not unusual for an organisation winding down in this way.

Steve Pagliuca, the Boston Celtics co-owner who led the bid in its final two months after replacing John Fish, has also been praised for helping bring some stability to the organisation.

Boston's bid was withdrawn jointly by USOC and bid organisers at the end of July following increasing public opposition, orchestrated by a largely hostile local press and a well-orchestrated opposition group: No Boston Olympics.

Critics claimed the bid would cost far more than anticipated, and accused bid leaders of not being transparent with the public.

Los Angeles has since been confirmed as the replacement US bid, with Paris, Hamburg, Rome and Budapest other cities bidding ahead of the official application deadline of Tuesday (September 15) set by the International Olympic Committee (IOC).

A final decision is due to be made at the 130th IOC Session in Peruvian capital Lima in 2017.