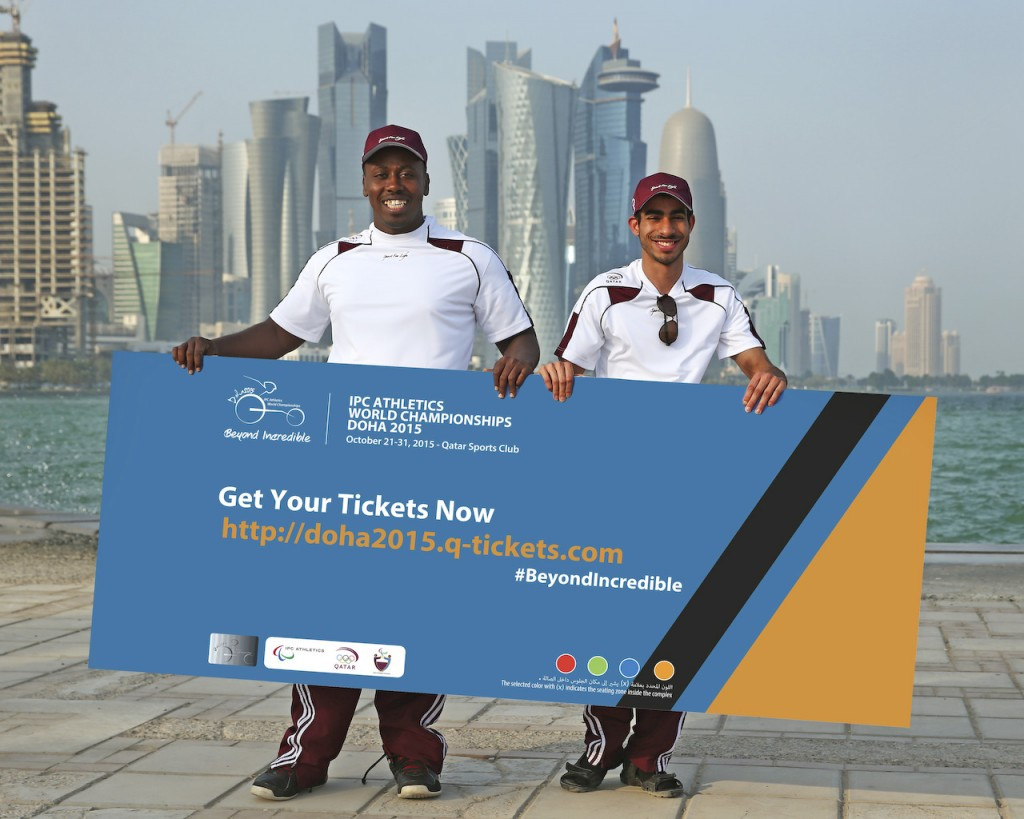 Tickets have today gone on sale for the International Paralympic Committee (IPC) Athletics World Championships in Doha, the biggest Para-sport event ever to be held in the Middle East.

To mark the occasion, the Organising Committee is to launch a series of five films which tell the stories of some of the athletes who are set to compete at the Qatar Sports Club between October 21 and 31.

Thani Abdulrahman Al Kuwari, President of the Local Organising Committee and secretary general of the Qatar Olympic Committee, said: “The motto of the Doha 2015 IPC Athletics World Championships is 'Beyond Incredible'.

"We want to use the World Championships to show the incredible stories behind some of the athletes that are competing in order to raise awareness of para-sport and people with a disability.

"We want to help break down barriers and change perceptions.

"We are excited to welcome the world's best Para-athletes to Doha and hope everyone will join us to witness what promises to be a truly exhilarating competition."

The first of the films launched will document the journey of Brazil's blind Paralympic champion sprinter Terezinha Guilhermina, and can be viewed below.

Born with a degenerative eye condition, she grew up in poverty in a family of 12 who had little money for food and discovered her talent for running when escaping from school bullies.

“During my childhood, our financial situation had a very deep impact on my life, on the way I looked at the world," said Guilhermina.

"I believe those who have little in life can sometimes achieve a lot more.

"I used to dream of being the best in the world, so I could change my story.

"Sport has had an amazing impact on my life.

“Doha 2015 will be the biggest, and I am confident best, Para-athletics World Championships to-date," he said.

"Coming less than 11 months before the Rio 2016 Paralympic Games athletes will be at the top of their game looking to lay down a marker ahead of next year.

“I am sure a number of world records will be smashed and new talents will emerge during what will be a fantastic sporting spectacle.”

More than 1,400 athletes from 100 countries around the world are due to compete in Doha at the world’s biggest single Para-sport event.

Paralympic gold medallists, defending world champions and world-record holders will be competing with spots at Rio 2016 up for grabs.

Tickets for the Championships can be bought by clicking here.