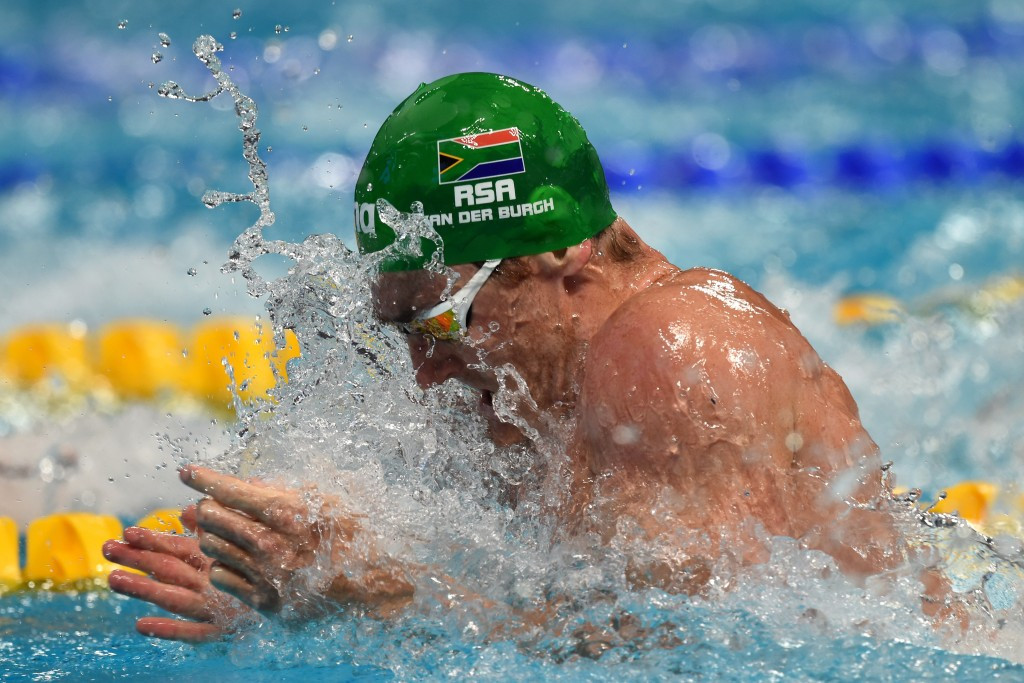 South Africa's London 2012 Olympic champion Cameron van der Burgh confirmed his status as one of the biggest stars on show at the All Africa Games in Brazzaville by winning 100 metres breaststroke gold today after the event received a special good luck message from Pope Francis.

Speaking in his Sunday Angelus blessing, Pope Francis praised all those participating in the quadrennial event, expressing his hope that the Games will successfully contribute to continental-wide peace and development.

“Two days ago the 11th All-Africa Games opened in Brazzaville, capital of the Republic of Congo, involving thousands of athletes from all over the [African] continent," said the head of the Catholic church, who is due to make his first official visit to Africa in November.

"I hope that this great sports festival will contribute to peace, brotherhood and the development of all countries of Africa.

"We greet the Africans who are participating in these Games."

Although the build-up to the Games has not always been smooth, with the opening two days somewhat clouded by some organisational setbacks, sporting performances have also come to the fore.

Van der Burgh, the 27-year-old two-time former world champion who won 50 and 100m silver medals at last month's World Championships in Kazan, was predictably dominant on the opening day of swimming finals, winning in 1min 0.19sec ahead of Egypt's Yosif Elkamash in 1:02.42.

There was more South African success in the pool as Devon Brown claimed 200m freestyle victory in 1:47.77 while Jessica Ashley-Cooper was similarly successful in the women's 50m breaststroke, touching first in 29.05.

The nation's women's 4x200m freestyle relay quartet then crowned off the day in style with victory over Egypt and Algeria in 8:20.28.

It was not a session of complete South African success, however, as Egypt claimed two golds courtesy of Farida Osman, who won the women's 100m freestyle in 55.41, and Mohamad Samy, who took men's 50m backstroke spoils in 25.71.

There was an Algerian 1-2 in the women's 400m individual medley as Rania Hamida Nefsi won in 4:56.75 ahead of team mate Souad Nafisa Cherouati.

There was more success for South Africa as their women's epee squad beat Egypt to fencing gold, while there were also victories for Tunisia and Egypt in the women's foil and men's sabre competitions.

Mauritius also enjoyed a superb start to the Games by claiming victory in mixed team badminton after defeating South Africa in the final.

A total of 54 teams are competing in the Games, consisting of every member of the Association of National Olympic Committees of Africa except for Morocco, who have been absent since 1987.

Sahrawi Republic, which is not an ANOCA member but is recognised by the Games-organisers the African Union Sports Council, are also present, with this also the reason for the Moroccan absence.

Action is due to continue in Brazzaville until September 19.