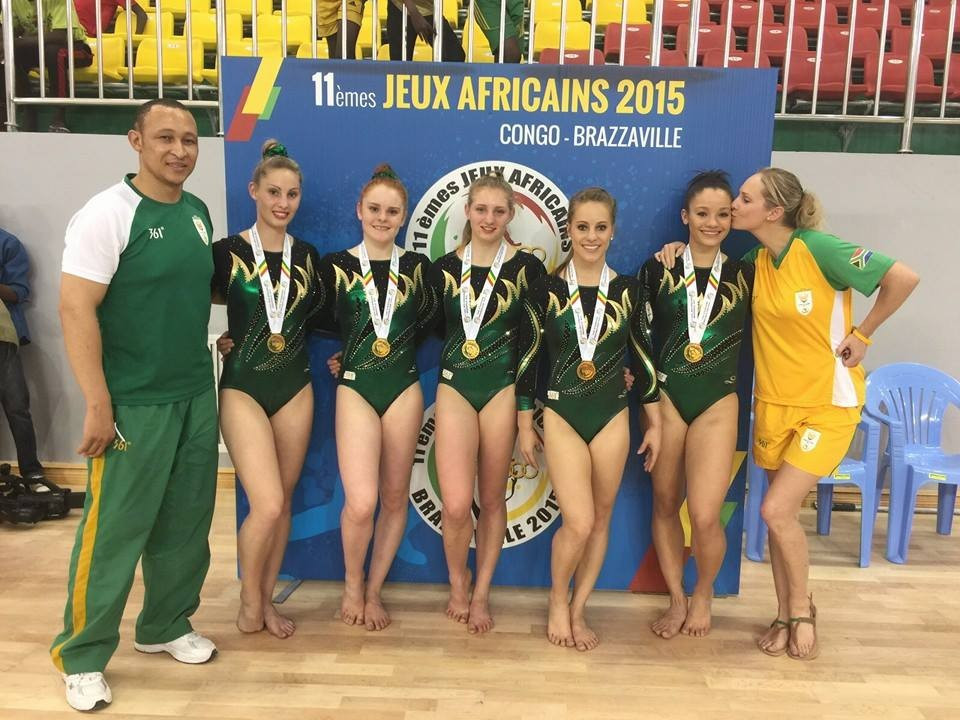 Beckett, who won four gold medals at last year's African Championships in Pretoria, was the winner of the all around title before forming part of the gold medal winning team.

It marked the return of the sport four years after not appearing on the programme at the 2011 Games in Maputo.

Elsewhere today, there was success for the Indian Ocean islands in the quarter-finals of the mixed team badminton competition, as Mauritius and Seychelles beat Ghana and Algeria in their respective quarter-finals, each by a 3-1 margin.

The two other matches were also won in four sets, with Nigeria overcoming Egypt while South Africa got the better of Uganda.

In men's volleyball, there were victories for Algeria over Rwanda, Cape Verde over Seychelles, Cameroon over Ghana, Egypt over Mozambique and Nigeria over Botswana.

Cameroon, Nigeria, Kenya and Ghana were among the winners on the women's side, over Cape Verde, Mozambique, Algeria and hosts Congo respectively.

Egypt and Tunisia have each already won three golds apiece in fencing competitions held before the Opening Ceremony, while Algeria have also won a silver and a bronze and Senegal two bronzes,

But action so far has been clouded by problems, with Egyptian newspaper Youm7 reporting how events in gymnastics and boxing were postponed without the knowledge of the participating countries, while there have also reportedly been problems with gridlock on the city-streets and with communication for those who do not speak French,

Action is due to continue in Brazzaville until September 19, with swimming and weightlifting action scheduled to begin tomorrow.