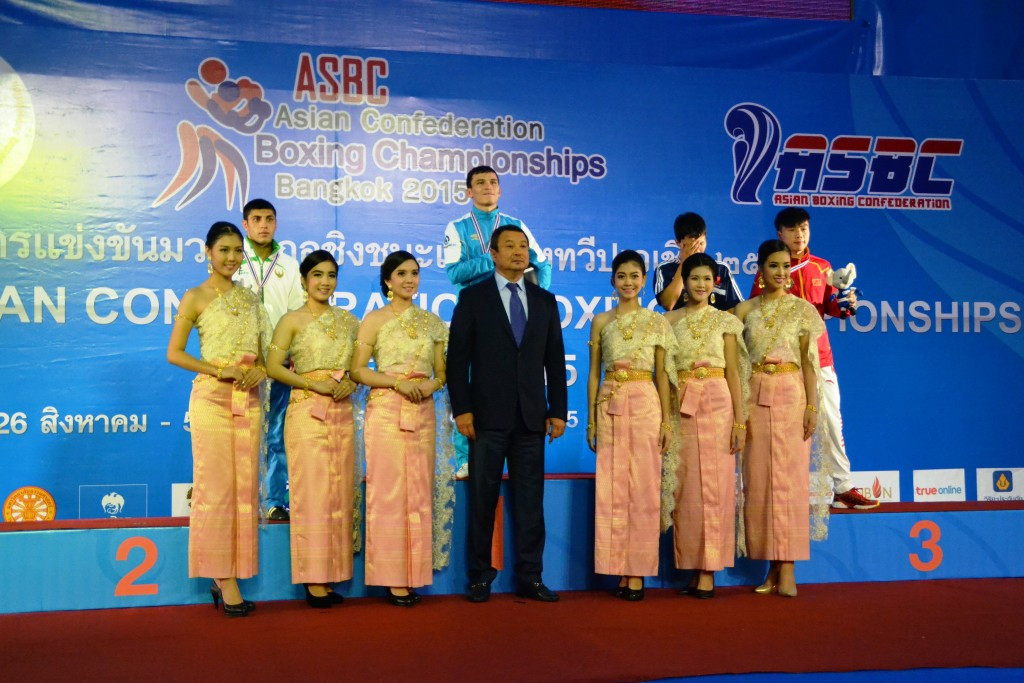 Kazakhstan topped the medal standings at the ASBC Asian Confederation Boxing Championships after winning five of the six finals in which they were represented on the final day of action in Bangkok.

Olzhas Sattibayev set the tone at flyweight, overcoming Incheon 2014 Asian Games silver medallist Shakhobiddin Zoirov of Uzbekistan, and although Kazakhstan's Zakir Safiullin lost out to Mongolia’s Dorjnyambuu Otgondalai in the lightweight showdown, success at welterweight for compatriot Daniyar Yeleussinov against the Philippines Eumir Felix Marcial got his country back on track.

Levit got the better of Uzbekistan’s Rustam Tulaganov before Dychko, the Incheon 2014 Asian Games champion, rounded off the Championships by beating China’s Wang Zhibao.

Despite losing out on three gold medals to Kazakhstan, there was plenty of solace for Uzbekistan in the light flyweight and middleweight categories.

Hasanboy Dusmatov showed why he’s won all of his World Series of Boxing bouts this year with a deserved victory against the Philippines’ Rogen Ladon at light flyweight.

There were other disappointments for Uzbekistan though as Murodjon Akhmadaliyev lost out to home favourite Chatchai Butdee at bantamweight and Fazliddin Gaibnazarov suffered defeat to Wuttichai Masuk, also from Thailand, at light welterweight.

"After my gold medal in the Asian Games last year, the pressure was big during these Championships," said Masuk.

"My Uzbek opponent today was really strong, but I tried to avoid his punches and my counter-attacks worked well."

A record number of 188 boxers from 28 nations competed in the biggest-ever ASBC Asian Confederation Boxing Championships with 15 individual nations winning a medal.

Additionally, a total of 66 boxers qualified for the Doha 2015 AIBA World Boxing Championships, which are scheduled to take place from October 5 to 15.