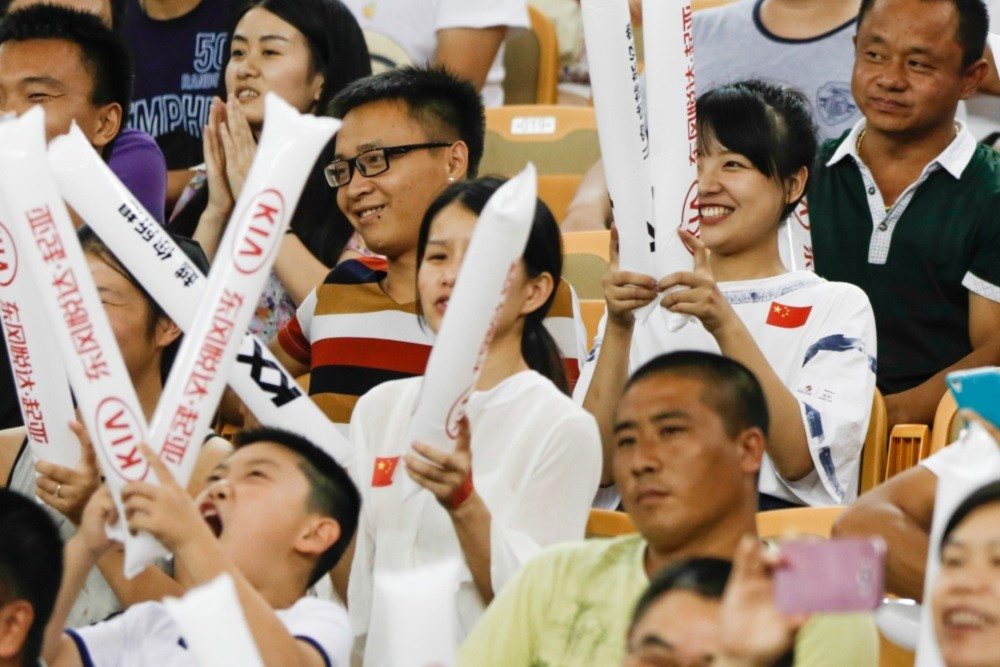 Defending champions Japan survived a scare in the International Basketball Federation (FIBA) Asia Women’s Championship as they secured a narrow 57-56 victory over hosts China in a thrilling contest in Wuhan.

The Japanese side were trailing with three seconds to go until guard Asami Yoshida netted a two-pointer to give her side the win in the most dramatic fashion.

Yoshida’s perfectly-executed shot broke Chinese hearts and ensured Japan, winners of the the competition on two occasions, maintained their unbeaten start in Pool A.

Ramu Tokashiki led the scoring for the Japanese team as she produced a superb performance, claiming a haul of 19 points, as well as nine rebounds, rendering the efforts of Chinese player Shao Ting, who managed 15 points, in vein.

The result proved frustrating for the 11-times champions as they recovered from a poor start to take the initiative, only for Japan to strike late to snatch the victory from their grasp.

Elsewhere on a dramatic day of action in Wuhan, South Korea, beaten finalists in 2013, continued their recovery from defeat to both Japan and China as they beat Chinese Taipei 76-58 in Pool A.

The Korean outfit demonstrated their prowess from the three-point line as they bagged 13 shots from distance to help them to a commanding victory that keeps their pursuit of a place in the next round alive.

Park Hye-Jin was the star performer for her side, finishing with a total of 17 points, with Yang Ji-Hee also impressing with 12 points and nine rebounds.

South Korea dominated from the off, taking a 24-8 lead into the second quarter which helped them to a 32-20 advantage at half-time.

Chinese Taipei did briefly threaten to stage a comeback but the Koreans weren’t about to relinquish their stranglehold on proceedings, effectively ending the contest by the third quarter as they led 58-33 going into the fourth.

They then saw out a comfortable success and will face India in their next match knowing a win will edge them closer to the next phase.

Thailand picked up their first win of the competition in another tight battle, beating India 65-63 in Pool A.

Earlier on, Kazakhstan made light work of Sri Lanka thanks to a 78-50 scoreline to give them their third win of the event, before Pool B rivals the Philippines continued their march towards the last four as they cruised to a 75-62 triumph against Hong Kong.

Pak Hyang-Jong’s stunning shooting performance guided North Korea to a much-needed victory as she netted 29 points in her side’s 83-45 mauling of Malaysia in the other Pool B match to take place today.

Action in Wuhan is due to continue tomorrow as the group stage comes to a conclusion.