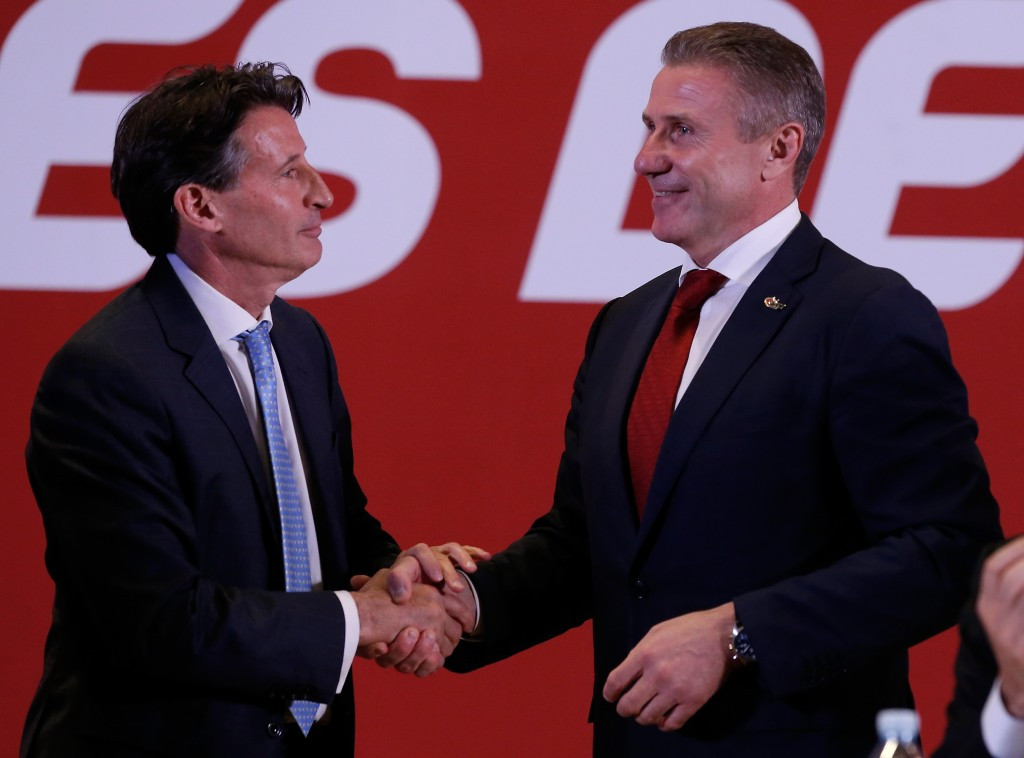 Sebastian Coe has appointed Sergey Bubka, the man he defeated to become the new President of the International Association of Athletics Federations (IAAF), as the world governing body's senior vice-president.

The decision to promote Ukraine's former world pole vault record holder was approved by the IAAF's ruling Council after Coe officially took over from Senegal's Lamine Diack at the end of the World Championships in Beijing, which finished yesterday.

Bubka, the 1988 Olympic gold medallist, who had returned home to Ukraine before the Championships started due to a family illness, was chosen ahead of the other newly-elected IAAF vice-presidents, Cameroon's Hamad Kalkaba Malboum, Cuba's Alberto Juantorena and Qatar's Dahlan Al-Hamad, after earning 187 votes, the most of all the candidates.

Bubka tweeted his gratitude to Coe: "thanks @iaaforg Council & @sebcoe for honour to appoint me as Senior Vice President. Happy to continue to serve #athletics".

The Briton, who beat Bubka by 115 votes to 92 in the election held on the eve of the Championships in the Chinese capital, also announced a number of initiatives.

The most eye-catching of these is the establishment of a working group to look into the possibility of establishing a new over-arching integrity unit for athletics which would house an anti-doping operation with greater independence and have access to a newly formed independent tribunal to hear doping cases of international-level athletes and support personnel.

Establishing an independent anti-doping unit was a key pledge in Coe's election manifesto.

The double Olympic 1500 metres gold medallist has also created a new Member Federations Relations team to ensure national governing bodies are involved in helping shape the future of the sport.

Work has also began on a review of the IAAF Commissions and working groups.

"I am very excited and proud to have been given an opportunity to lead our great sport into the new era that lies ahead," said Coe, the former chairman of London 2012.

"Beijing has been a wonderful edition of the IAAF World Championships.

"The Stadium has been full over nine days, morning and evening, with an energetic and enthusiastic crowd who have been enthralled by the world’s greatest athletes.

"Athletics has been at the centre of my life since I was a young boy.

"Everything I am today can be credited to my experiences and successes in this sport and my mission now is to enhance the sport’s ability to inspire and entertain.

"Athletics is about sporting performance and success but also about values which have the strongest ethical foundations.

"With the support of my Council colleagues, I am determined to ensure that athletics remains at the heart of the Olympic Movement.

"We will continue to put the interest of athletics first and retain the level of independence necessary to help us do the right thing for our sport.

"Our approach will be a simple one: to ensure that the IAAF works in the service of the Member Federations and the athletes.

"And I am determined to get out of the starting blocks quickly, so today we begin a detailed review of our existing management structures and use of resources to ensure that within the next 100 days, IAAF Council can approve new systems and teams which are necessary for delivering our ambitious plans."