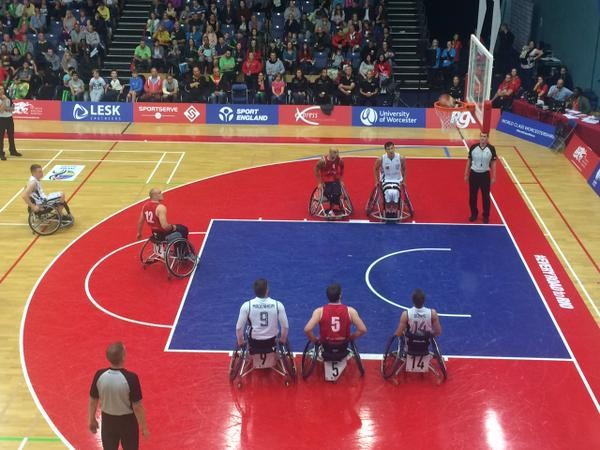 Germany's men made it three wins out of three at the European Wheelchair Basketball Championships with victory over hosts Great Britain at the University of Worcester.

They claimed an 89-55 win today and their 100 per cent record sees them sit top of Group A, with Britain in second spot.

Elsewhere in the group, Spain also made it three wins out of three but they needed overtime to defeat Poland 82-81.

The Spanish sit behind Britain in third but have a game in hand over the home nation.

In Group B, leaders Turkey matched Germany and Spain by also maintaining their perfect start after three games in the competition.

They came through for a 70-63 win against Italy to continue their fine start to the group stages.

Elsewhere in Group A, France saw off Czech Republic 69-62 to sit fourth in the standings, one place above the country they defeated.

In Group B, The Netherlands beat Switzerland 70-49 and are second behind Turkey while Israel edged out Sweden 68-66 and are third.

In the women's competition, Germany completed a double over hosts Britain with a 53-39 win and are top of the only group with four wins from four.

As well as competing for the right to be crowned European champions, the teams in Worcester are also vying for spots at next year's Paralympic Games in Rio.

The countries who finish in the top four of the women’s competition and the top five men’s teams will book their places in Brazil.